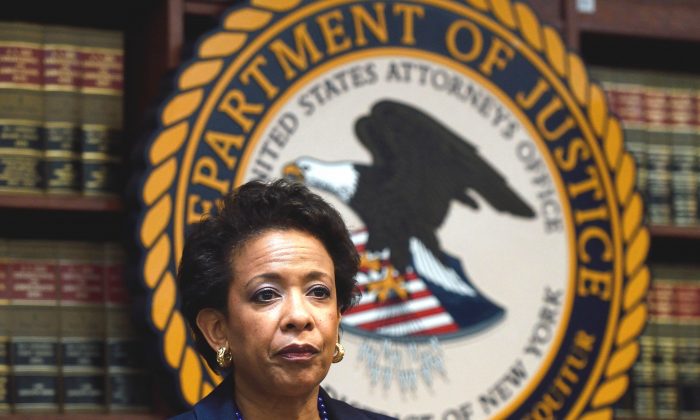 Soccer is truly the world’s sport. It is played and watched by more people across the globe than any other sport.

Every four years, it is the center of global attention when the World Cup is held. It’s as if the World Series and Super Bowl were rolled into one mega-sporting event with viewership in the hundreds of millions.

A private organization based in Switzerland called FIFA controls the selection of the host country, the commercial sponsors for the event, and the rules by which the matches are played. In other words, FIFA has monopoly control over this massive global event.

For decades, many fans and players, including leading professional soccer stars, have considered FIFA to be a deeply corrupt organization. Now the United States, itself not a leading soccer nation, has challenged FIFA’s position as global arbiter of the sport by indicting leading soccer officials.

“These individuals and organizations engaged in bribery to decide who would televise games, where the games would be held, and who would run the organizations overseeing organized soccer worldwide,” U.S. Attorney General Loretta Lynch said. “They were expected to uphold the rules and keep soccer honest. Instead, they corrupted the world of soccer.”

A Fan of the ‘Beautiful Game’

I came late to my interest in soccer. I grew up in California playing the classic American sports of football, baseball, and basketball. Soccer was not a varsity sport at my high school, and there were no youth soccer clubs. Only when I had children and they signed up for soccer teams sponsored by a relatively new group called the American Youth Soccer Organization (AYSO) did I become interested, learning the rules and agreeing to become an assistant coach.

As an American ambassador in Europe during the Clinton administration, I began to follow soccer more seriously (although ice hockey was still the predominant sport in Finland, where I served). By the time I returned to the United States for an academic position in Los Angeles, I had become a fan.

At Occidental College, I began teaching a course on sports and diplomacy, inviting leading soccer experts such as Financial Times columnist Simon Kuper and journalist David Goldblatt to speak on campus. During the summer of 2014, I was thrilled that ESPN broadcast every World Cup match in real time; I watched as many games as I could.

The U.S. Department of Justice announced indictments of 14 FIFA officials and sports marketing executives this past week, charging them with “rampant, systemic, and deep-rooted” corruption. When Swiss authorities made early morning arrests of half of them at a posh hotel in Switzerland as the FIFA World Congress met to re-elect its authoritarian leader Sepp Blatter, I cheered at the news.

The United States move has been praised and condemned, but I think that it strengthens America’s soft power around the world, sending a clear message against monopoly, anti-democratic processes, and corruption—and in a sport that most of the world loves.

The importance of the role that FIFA plays in controlling a global sports event cannot be underestimated.

When Brazil was awarded the 2014 World Cup, the country’s president announced that the country had arrived as a global player. The competition to host the World Cup can be a high-stakes game; FIFA owns the casino, sets the term of the bets, and controls the winnings.

The selection by FIFA of Putin’s Russia to host the 2018 World Cup and of tiny Qatar to host in 2022 was highly suspect. Suspicions of money changing hands and undue influence on the FIFA executive committee were widespread, and led to cynicism about FIFA as an international sporting organization.

Blatter, who was re-elected for his fifth term as head of the organization, has continually shrugged off concerns about his leadership. He has worked at FIFA for 40 years, the past 17 as president. Although FIFA is mocked by TV comedians like John Oliver and criticized by citizen groups demanding great transparency, reform of the organization has seemed unlikely.

Romário de Souza Faria, a Brazilian soccer star turned politician, praised the FBI on the floor of the Brazilian Senate. Popular British soccer blogger Roger Bennett told CBS Morning News that the United States deserved the thanks of the world for moving against FIFA officials.

The immediate impact of the Department of Justice action is a plus for American soft power. Although the United States is late to the soccer world—baseball, football, and basketball have always had more appeal—the game has greatly expanded from AYSO youth leagues to top collegiate teams to a professional soccer league.

Begun in 1993, Major League Soccer (MLS) has expanded to 20 cities in the United States and Canada and is now moving toward profitability. Average attendance at matches exceeds that of the NBA and the NHL.

Growing Latino immigration has also fueled interest. The U.S. women’s World Cup soccer team, led by such stars as Mia Hamm and Abby Wambach, has helped grow the sport as well. Slowly but surely, the United States is becoming a soccer nation.

Some countries are less than pleased with U.S. legal moves. Russian President Vladimir Putin charged that the U.S. actions “are another blatant attempt by the United States to extend its jurisdiction to other states.”

At a press conference, Putin tried to link the FIFA indictments to the U.S. pursuit of former NSA employee Edward Snowden and WikiLeaks founder Julian Assange.

No doubt Qatar officials are getting nervous that their selection as 2022 hosts might be reversed. After the arrests this week, Swiss prosecutors announced a new criminal investigation into the awarding of the 2018 and 2022 World Cups. Authorities in Brazil and Argentina have begun investigations of their own soccer officials in cooperation with their U.S. counterparts.

In the voting for the head of FIFA at the close of the week, the United States and most European nations supported reform candidate Prince Ali bin al-Hussein of Jordan, while most Asian and African nations stuck with the incumbent.

FIFA’s president is elected in a one-country, one-vote system, with a secret ballot among its 209 member country soccer organizations. Blatter has used his position and control of millions of dollars doled out to developing countries to offset his unpopularity in the United States and Europe, so it was not a surprise that he was re-elected by a 133–73 vote.

Like Putin or other authoritarian leaders, Blatter will not give up power easily. It will be interesting to see if the United States will stay the course, continue legal investigations, and use public diplomacy to call for transparency and honesty in global soccer.

Derek Shearer is Stuart Chevalier professor in diplomacy and world affairs at Occidental College. This article was previously published on TheConversation.com