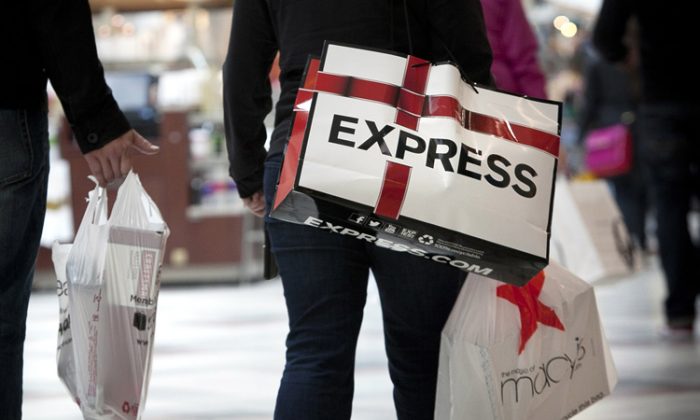 US Saving Down, Spending Up

American’s still haven’t joined the saving bandwagon and, as some economists suggest, are addicted to spending their hard-earned dollars. However, with earnings taking a hit and rising prices of consumables, such as health insurance premiums, food, and gasoline, putting even a dollar aside in anticipation of harder times is getting more difficult.

“If most Americans had to choose between saving and spending, they would decide to join the spending team,” an October article on the My Budget 360 website suggests.

Over the years, the minds of Americans have changed from spending no more than one earns, as well as keeping a nest egg for eventual emergencies, to keeping up with the neighbor’s lifestyle, even if one has to go into debt.

“There is a false sense of prosperity that comes from confusing access to debt with actual wealth,” the My Budget 360 article states.

“The drop in the savings rate may in part be a function of high refinance activity which is allowing spending to occur above income levels,” an Oct. 29 article on the CME Group website states.

While the savings rate is decreasing, U.S. retail sales growth is increasing, suggesting that consumers are increasing their spending.

“High costs and low wages mean saving is harder than ever before,” said Charles Tran, founder of CreditDonkey, in a mid-October report on the CreditDonkey website.

Then, health insurance premiums rose by 97 percent between 2002 and 2012 and 4 percent since 2011, according to a September article on the Kaiser Family Foundation website.

“Americans are finding that they need to make more and more sacrifices just to make ends meet, and one of the first things to go is saving for the future,” said Tran in the CreditDonkey report.

Saving for Austere Times Not an Option

“Many families can tighten their belt and begin to save at least some cash for smaller emergencies. That way, they can cover unforeseen expenses that just ‘pop up,'” an Oct. 9 article on the CreditDonkey website suggests.

There are many cash-poor people who are asset-rich, owning large houses, long-term investments, retirement savings plans, and so on, but none of these are liquid. They are not readily available to use in emergencies or when one loses a job. Many of these assets take some time to divest.

“With no cash reserves, they are just one paycheck away from financial ruin should an emergency or job loss happen because they cannot easily access cash on a moment’s notice,” the CreditDonkey article explains.

More than 54 percent of over 1000 survey respondents disclosed that they haven’t really thought about putting money aside for possible setbacks, and more than 61.5 percent haven’t set aside a single penny toward retirement, according to the mid-October CreditDonkey report.

Close to 73 percent of the respondents admitted that saving or not saving doesn’t come down to being unfamiliar or uninformed about investment opportunities, such as investing in mutual funds or cash accounts. Close to two-thirds of those surveyed said that they clearly understood about the necessity of saving, but when it came down to putting words into action, they were at a loss.

“Respondents are finding it difficult to translate their knowledge into action,” the CreditDonkey report concluded.

“Close to half have no cash savings and are living on the edge of financial disaster, according to a recent CreditDonkey.com survey. While 59% of respondents reported having more than $500 in savings, the other 41% do not have a cash safety net,” the Oct. 9 CreditDonkey article states.

“Consumers are slowly beginning to open their wallets, based on the steady increases in spending we are witnessing,” said Phil Christian, general manager at Chase Freedom, a Chase Bank credit card, in an October press release on the Travel Impact Newswire website. Chase is a division of JPMorgan Chase & Co.

Although the spending increase was small at 1 percent during the third quarter, when compared to the 9 percent increase between the first and second quarter, it still heralds an upward trend in consumer spending.

The Oct. 29 Economic Update on the Royal Bank of Canada website states, “US personal spending rose a stronger than expected 0.8% in September 2012 following 0.5% and 0.4% increases in August and July, respectively. Market expectations were for a 0.6% gain in September.”

“Americans’ self-reported average daily spending fell to $74 in September, after climbing for two months and reaching $77 in August,” according to a survey release by Gallup.

Gallup states that when the 2012 numbers are compared to 2011, 2010, and 2009, consumer spending has indeed increased, but not on a month-to-month basis. The same goes for consumer spending by the lower, middle, and upper class. In September, daily spending by all income classes went down, but was still higher than in the prior three years.

“After rising to an almost four-year high in August, Americans’ spending slid back slightly in September. This may be partly tied to diminishing back-to-school spending,” the Gallup release states.