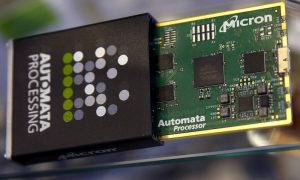 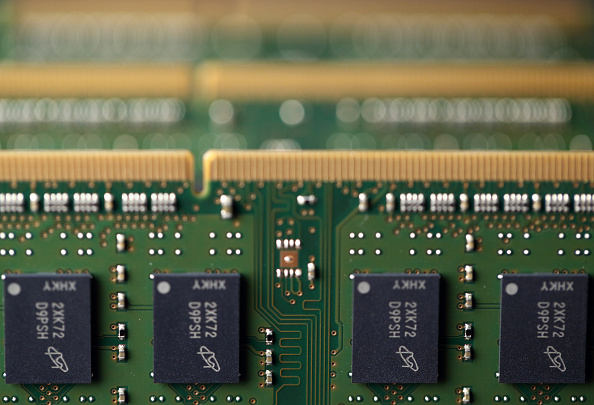 US Sanctions Put Chinese Chipmaker on the Brink of Shutdown

Financial Times reported Jan. 28 that the Chinese company would go out of business by March as a result of the U.S. crackdown. The company was accused of stealing trade secrets from Micron Technology, the largest U.S. memory-chip maker.

Citing sources familiar with the situation, the report said Fujian Jinhua is rapidly running out of imported materials that are crucial for its operations as a result of Washington’s export ban.

In October last year, the U.S. Commerce Department added Jinhua to its “entity list,” restricting exports to the Chinese semiconductor firm as it posed a national security threat to the United States. The Commerce Department said that the company threatened the long-term economic viability of American firms that supply the U.S. military. Jinhua was accused of flooding the market with cheap chips.

The development of DRAM and other microelectronics technologies has been one of the national economic priorities for the Chinese regime. And Micron is the only U.S. company that manufactures DRAM, a technology not possessed by China until very recently.

The Justice Department also filed a civil lawsuit to prevent Jinhua and its partner from exporting to the United States any products made by using the trade secrets at issue.

Micron claims that two engineers from its subsidiary left to join UMC, where they shared trade secrets with Jinhua.

UMC’s spokesperson told The Epoch Times that after the introduction of the U.S. sanctions against Jinhua, UMC suspended the research and development activity that it was conducting for the Chinese partner. UMC is hoping to settle with the U.S. authorities for a large fine in exchange for cooperation, according to the Financial Times article.

The actions of Trump administration made it very difficult for Jinhua to move forward as it heavily depends on U.S. suppliers to run its production plant.

“The fact that they are shutting down should be an object lesson for other Chinese companies,” said Robert Atkinson, president of the Information Technology and Innovation Foundation, a technology policy think tank based in Washington. “It’s great news because it shows that crime doesn’t pay, that there are still consequences in the world for trying to gain a competitive advantage by illegally harming your competitors.”

Chinese firms are engaging in intellectual property theft for technologies that they can’t make on their own, he said, and hence, they violate the international rules and global norms.

The Chinese regime has been deeply committed to aggressive economic policies that include acquiring foreign technology and information, which leads to greater IP theft. In the past decade, through hefty government subsidies, Beijing has managed to create its own national champions in key industries, helping them expand their market share and overtake foreign rivals.

These tactics have weakened the competitiveness of U.S. companies such as Micron.

To end China’s “economic aggression,” the Trump administration imposed tariffs and investment restrictions on China last year. In response, Beijing retaliated with tariffs against U.S. products, which led to the escalation of a trade war.

In early December last year, President Donald Trump and Chinese leader Xi Jinping declared a 90-day ceasefire on tariffs. As part of the deal, China, for the first time, made a firm commitment to delivering structural changes, including ending forced technology transfer and IP theft. If both sides fail to reach an agreement by March 1, U.S. tariffs on Chinese goods will be increased to 25 percent from 10 percent.

A Chinese trade delegation headed by vice premier Liu He began arriving in Washington for the next round of talks on Jan. 30-31.

It would be hard for both sides to a strike a comprehensive deal soon, according to Marie Kasperek, deputy director of global business and economics program at Atlantic Council.

However, she expects a small-scale deal that will be sufficient to avoid an escalation of the crisis for now.

By March 1, China may commit to opening its market significantly to U.S. products especially in the agricultural sector and pledge to policies with regards to ending forced technology transfer, which is important for the United States, she said.

“If there is a deal it will be mostly focusing on economic wins for the United States and an agreement to commit to further dialogue.”