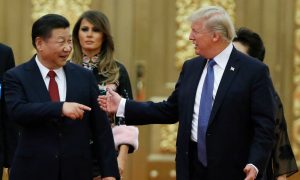 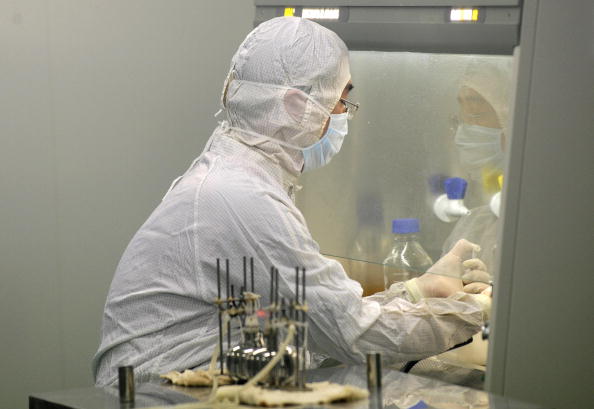 Clinical and genetic data of U.S. citizens obtained by Chinese biotechnology companies through their partnerships with U.S. institutions could pose national security risks, according to a newly published congressional report.

The risks stem from the “dual use of biotechnology information,” the U.S.–China Economic and Security Review Commission (USCC) said in a report published Feb. 14. For instance, genetic and medical analyses used in the biotech industry to develop tailored treatments for patients “could be used for malicious purposes in the hands of a foreign state government, such as China.”

In a hypothetical situation, foreign states such as China could possibly blackmail individuals with the threat of exposing their embarrassing medical information, according to the report. In another situation, the foreign state could use information on health conditions, such as allergies, to conduct a targeted attack against diplomats, politicians, high-ranking federal officials, or military leaders, to “induce an allergic reaction or fatal injury.”

Much like health records, genetic data could also be exploited as research about the links between genetic traits and personality traits becomes more advanced in the future. For instance, foreign intelligence officials, knowing in advance which individuals have genetic markers such as loyalty and susceptibility to flattery, would be able to know how to exploit or blackmail those persons.

China’s biotech industry has grown rapidly in the last decade, according to the report, with the market now estimated at 30 billion to 40 billion yuan ($4.7 billion to $6.2 billion), compared to the U.S. biotech market at $118 billion.

“As a major element of China’s biotechnology growth, Chinese biotech companies are utilizing U.S. firms to acquire technologies and data that bolster their current capabilities through a variety of channels,” the report stated.

Some of these channels included foreign direct investment, mergers and acquisitions, venture capital, corporate and academic partnerships, and recruitment of U.S.-trained foreign and Chinese-born researchers.

The report also warned, “China’s biotech industry may have also benefited from illicit extraction of overseas technology through espionage or the theft of trade secrets.”

One confirmed example was the case of Zhang Weiqiang, a Chinese national living in Manhattan, Kansas, who was sentenced in April 2018 to 10 years in prison for stealing samples of genetically engineered rice seeds from his employer Kansas-based Ventria Bioscience. Zhang intended to transfer the samples to a crop research institute in China. Zhang’s case was one of 11 cases that occurred between from 2001 to 2017 involving Chinese espionage and trade secret theft in the United States identified by the report.

One example of China getting its hands on U.S. data is highlighted in the report: via BGI Group, a private genome sequencing center based in the southern Chinese city of Shenzhen, with subsidiaries including BGI Genomics, which is listed on the Shenzhen Stock Exchange, and a research institute. BGI was previously known as the Beijing Genomics Institute.

In 2011, BGI and University of California Davis announced a collaboration in which the Chinese company would set up a genetic sequencing facility at the university’s Sacramento campus. That same year, BGI and the Children’s Hospital of Philadelphia also established a collaborative genome center.

In 2013, BGI acquired U.S. sequencing company Complete Genomics for $117.6 billion, according to the report.

“By collecting data across many efforts [partnerships with U.S. entities], BGI may be amassing a database of genomic and healthcare data on US persons that is greater than that achieved through any single research endeavor,” the report stated.

While BGI is a private company, the company has definite ties to the Chinese Communist Party. In January 2018, China’s state-run media Xinhua reported that Du Yutao, the Party secretary of BGI’s research institute, spoke of the importance of learning and putting into action of “the spirit behind the 19th National Congress,” referring to the Party’s once-in-five-years leadership transition event.

In China, companies and organizations are required to establish Party organizations to ensure they toe the Party line. Du had spoken at the institute’s Party committee meeting designed to discuss Chinese leader Xi Jinping’s speech at the 19th National Congress held in October 2017.

BGI has also received state support, including a ten-year, $1.5 billion loan from China Development Bank in 2010.

According to Chinese search engine Baidu, Du was selected as a provincial representative from southern China’s Guangdong Province to attend the 19th National Congress.

The USCC report also warned that the Chinese regime has laws in place that require private companies to give up data at any time.

Two laws passed in 2015, National Security Law, Counter-Terrorism Law, and the Cybersecurity Law in 2016, were largely aimed at internet and telecommunications companies, but “their broad scope of does not preclude their application to a wider range of companies such as those harboring genomic or other personal data,” the USCC report said.

Biotech is among several tech sectors the Chinese regime has named as a “Strategic Emerging Industry” in economic plans such as “Made in China 2025” and the 13th Five-Year Plan.

China unveiled “Made in China” in May 2015 as a blueprint for transforming China into a high-tech powerhouse by 2025. Less than a year later, in March 2016, Beijing released its latest Five-Year Plan, which sets out to strengthen the implementation of Made in China 2025 from 2016 to 2020.

The USCC report identified several Chinese state-run tech R&D programs to boost the country’s biotech sector, including the “863” and “973” programs, with the former dating back to 1986 and the latter in 1997. According to the report, Beijing poured $630 million into funding the 973 program in 2013.

Biotech has also been a focus of Beijing’s talent programs in the past few years, the report stated, listing several national level programs such as the Hundred Talents Program and Thousand Talents Program. Regional governments in China also run hundreds of similar programs.

“Out of the estimated 2,629 current recruits in the Thousand Talents program as of June 2018, 44 percent specialize in life sciences or medicine,” the report stated, citing figures from a U.S. congressional hearing.

The report pointed out that the dangers lie in China’s fundamentally different political system: “China is a Leninist-style one-party state based on rule-by-law not rule-of-law. China’s economic ambitions and intentions present challenges for more liberal economies.”

The report recommended that the United States adopt policies to mitigate “against economic and security risks posed by China’s statist approach to innovation without stifling US innovation.”