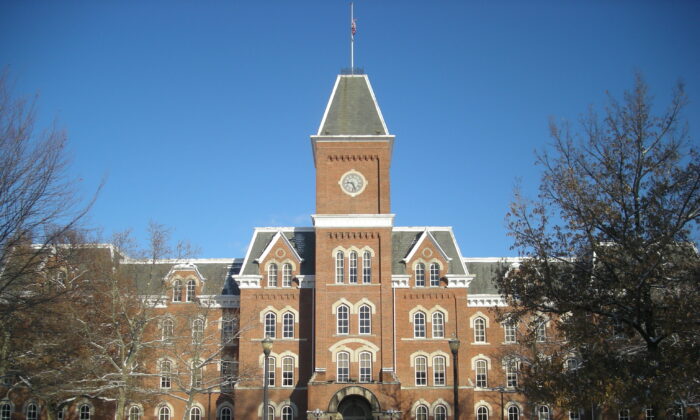 A biomedical professor pleaded guilty on Nov. 12 in connection with a scheme to use millions of dollars in federal grant money to advance research in China, the Justice Department said.

Zheng Songguo, a former professor at Ohio State University (OSU), pleaded guilty to lying on his National Institutes of Health (NIH) grant applications, in order to use $4.1 million in research grants to develop the fields of rheumatology and immunology for China, according to the department. The offense carries a punishment of up to five years in prison.

The case is among a string of federal actions targeting academics who collaborate with Chinese institutions while receiving research funding from U.S. taxpayers, and falls under a broader crackdown on the transfer to China of U.S. intellectual property.

The former professor was arrested in May in Anchorage, Alaska, as he was preparing to board a charter flight to China. When taken into custody, he was carrying multiple items, including two laptops, three cell phones, several USB drives, several bars of silver, expired Chinese passports for his family, and deeds for property in China.

“Zheng promised China he would enhance the country’s biomedical research,” said David M. DeVillers, U.S. attorney for the Southern District of Ohio, in a statement. “He was preparing to flee the United States after he learned that his American employer had begun an administrative process into whether or not he was complying with American taxpayer-funded grant rules.”

In his plea, he admitted to making false statements in his NIH grant applications, hiding his participation in Chinese state-sponsored talent plans, and masking his collaboration with a Chinese university, prosecutors said. U.S. officials have warned that such recruitment plans, which aim to lure foreign experts to work in China, facilitate the transfer of U.S. research and know-how to the country.

Zheng led a team conducting autoimmune research at OSU and Pennsylvania State University. According to court documents, while employed at OSU, Zheng was also working at the Third Affiliated Hospital at Sun Yat-Sen University, a state-controlled school in southern China’s Guangdong Province. The university’s homepage named him as an expert under the Thousand Talents Plan (TTP), court documents said. The website is no longer accessible.

Prosecutors said that Zheng had been participating in a Chinese talent plan since 2013. Since then, he used research conducted in the United States to benefit the Chinese regime.

According to court documents, at times, Zheng was receiving money from both the NIH and China’s National Natural Science Foundation of China, which is managed by the Ministry of Science and Technology.

Zheng didn’t disclose these conflicts of interest to his U.S. employers or the NIH.

In June, a former chair of Harvard University’s chemistry department was indicted on charges of making false statements about funding he received from TTP while working on sensitive U.S. research. He has pleaded not guilty.