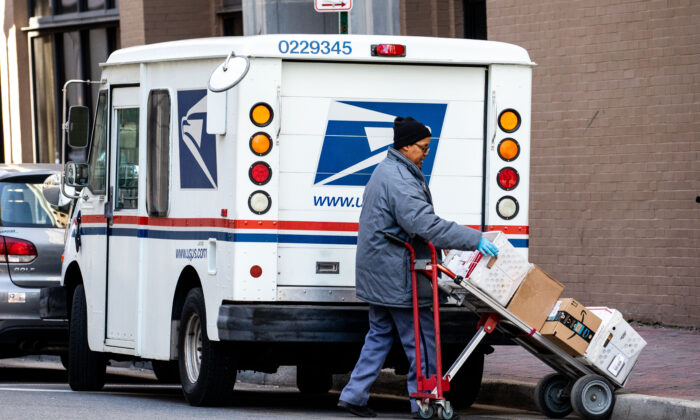 The U.S. Postal Service (USPS) has announced plans to make at least 40 percent of its new delivery fleet electric.

Back in February, the USPS had already said that it would procure 165,000 New Generation Delivery Vehicle (NGDV) trucks from Oshkosh Defense, of which 10 percent would be electric.

But in a July 20 news release, the organization announced a new plan to buy 84,500 vehicles, of which 40 percent are estimated to be battery electric vehicles (BEVs). The 84,500 vehicles will include 50,000 NGDVs and 34,500 commercial off-the-shelf (COTS) vehicles.

“The Postal Service reiterates its commitment to the fiscally responsible roll-out of electric-powered vehicles for America’s largest and oldest federal fleet. New NGDVs are expected to start servicing postal routes in late 2023,” the release said.

The postal department is anticipating to evaluate and procure more vehicles over shorter time frames so as to be “more responsive” to changing market conditions, technology improvements, and “evolving operational strategy,” USPS stated.

The push to make USPS adopt electric cars is based on the assumption that electric vehicles are more environmentally-friendly than combustion engine vehicles. Multiple studies have shown this to be false.

In a 2018 article for Politico, Jonathan Lesser, the president of Continental Economics, revealed that newer combustion engine vehicles tend to be “really clean” when compared to old ones.

“Today’s [combustion engine] vehicles emit only about 1 percent of the pollution than they did in the 1960s, and new innovations continue to improve those engines’ efficiency and cleanliness,” Lesser wrote.

After taking into consideration the U.S. Energy Information Administration’s projected number of new electric vehicles, Lesser found that the net reduction in CO2 emissions between 2018 and 2050 will only be “about one-half of one percent of total forecast U.S. energy-related carbon emissions.” This is a change so small that it will have “no impact whatsoever” on climate, Lesser asserts.

A 2020 study by Michael Kelly (pdf), the emeritus Prince Philip professor of technology at the University of Cambridge, found that if the UK were to replace all its combustion engine vehicles with electric vehicles, the country will need almost twice the annual global production of cobalt, almost the entire world’s neodymium, over 50 percent of the world’s 2018 copper production, and three-quarters of the global output of lithium carbonate.