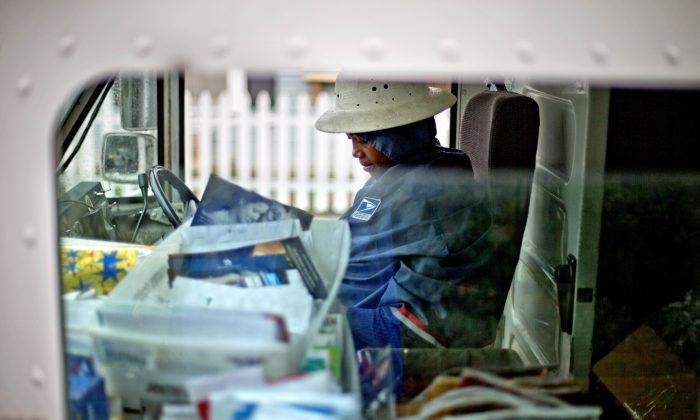 US Postal Service Privatization: The Dark Side

Taxpayer assets could be sold on the cheap
By Heide B. Malhotra
biggersmaller
Print

If the British can do it, then the Yanks can do it as well. So after the news that the British government would privatize a large portion of the Royal Mail hit, talks of privatizing the U. S. Postal Service (USPS) resurfaced. The real reasons behind the push, however, might have to do with the company’s real estate portfolio.

On the surface, the rationale about efficiency makes sense. “To become efficient and self-sustaining, the Postal Service should be separated from government,” R. Richard Geddes, visiting scholar from the American Enterprise Institute (AEI), said before the U.S. Senate Committee on Homeland Security recently.

While a privatization would take a huge problem off the hands of the Federal government, the private sector too has large interests at stake. This includes the main competitors like United Parcel Service Inc. (UPS), Federal Express Corp., and Pitney Bowes Inc.

A leaner USPS could take some business away from FedEx and UPS or, alternatively, the private companies could take over business segments or other assets from USPS.

But given the recent bad financial performance, USPS would have a difficult time making it to the stock market. So why the push for privatization?

A recent article in the Huffington Post discusses an American Enterprise Institute (AEI) plan, written in 2011. According to the article, the AEI plan is to make USPS look worse than it is. It should appear like “the USPS is obsolete and doomed, and [that] taxpayers’ interests have to be protected by getting it off the government’s books as soon as possible.”

The AEI plan, however, also points out that the real estate owned by USPS is of great value.

“Privatizing the USPS has the potential of being one of history’s biggest—and most profitable—real estate deals ever,” it said.

The majority of the owned real estate is located at prime locations in almost every large city and many suburban areas in the United States. In 2010, the market value of these properties was estimated at more than $27 billion by AEI.

The true market value of the properties owned by USPS is not known however, as its properties have not been appraised for a long time, or may never have been appraised. According to the unaudited USPS 2013 third-quarter financial report, buildings were valued at $24.5 billion and land at $2.9 billion.

How to Do It

The Huffington Post article discusses a scenario in how a private–investor owned company would deal with the real estate. For example, once USPS was privatized, the company would be divided into an operating and a real-estate company.

The company, which owns the real estate would create different types of investment vehicles, such as “real estate investment trusts … or even limited partnerships—each appealing to a specific subset of investors,” said the Huffington Post article.

Next, some of the properties would be leased to USPS, which would decrease the tax expense of the real estate firm, because leases are tax deductible. But, at the same time it would be part of the operating expenses of the privatized USPS.

CBRE has already been awarded the exclusive contract to sell USPS real estate properties. Since then, the sale of USPS real estate has been marred with conflict of interest issues. Byrne discovered a government audit of Blum’s contract, which has been hidden in archives and cannot be found on the Internet at this time.

According to Byrne, CBRE has violated over and over again its contractual agreement with USPS by selling the postal properties at far below fair market value to companies close to CBRE, which benefited from the lower selling price.

If the company goes private, the tendency to sell off its assets at low prices could accelerate. The taxpayer, who ultimately paid for the buildup of the assets, will then lose out.

Restructuring Could Be Enough

Others suggest deregulation could be sufficient.

“The Postal Service doesn’t receive any direct federal subsidies, but Congress still controls many of its major decisions. Economists argue that deregulating USPS would allow it to branch out and become more competitive,” states a recent RedState article.

Surprisingly, USPS could still be a financially viable company, according to a 2013 Motley Fool article. The article argues that the biggest part of the losses comes from pension provisions, which no other federal agency has to fund.

According to World of Workers, the American Legislative Exchange Council (ALEC), a right-wing ultra-conservative organization, is responsible for the enactment of the Postal Accountability and Enhancement Act of 2006. This act requires USPS to put $5.5 billion into a pension health care fund yearly, something that is not required of any other government agency.

“The simple truth is that the postal service is a fundamentally sound business, though not without its challenges. If you look closely, you’ll see a concerted campaign to drive USPS out of business, despite the fact that it operates without government subsidies and, potentially, at a profit. It’s being subjected to a politically manufactured crisis in order to ram through drastic change,” said the Motley Fool article.