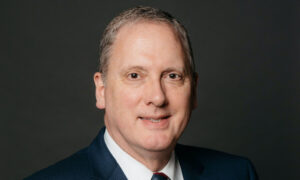 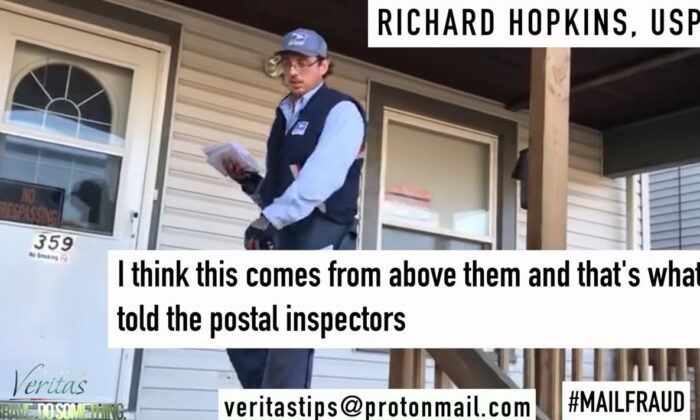 US Postal Service Aware of Election Fraud Allegations From Whistleblower

The U.S. Postal Service on Saturday said it was aware of election fraud allegations from a Pennsylvania-based postal worker.

“The U.S. Postal Service is aware of the video, which has been referred to the U.S. Postal Inspection Service and the Office of Inspector General,” Tad Kelley, a spokesman for the service, told The Epoch Times via email.

Kelley declined to answer when asked whether Richard Hopkins, the whistleblower, was told not to report to work following his going public with the allegations.

In a statement, the Erie County Election Board Chairman Carl Anderson III called the allegations “unattributed.”

“This story has nothing to do with the work and effort of the Erie County Board of Elections,” said Anderson.

“The Erie Post Office under Postmaster Robert Weisenbach has been responsive and helpful to us. I believe the processes they use will stand as legitimate under scrutiny. We will continue to do our work and not get distracted by outside noise. The concern is about 130 ballots out of 135,000 cast ballots. They are not changing any outcomes. We will update our count to include them. The numbers are in a separate electronic silo, pending current litigation and a directive by the Pennsylvania Department of State. No further comment will be made, or needs to be made on this issue.”

The statement was issued before Hopkins agreed to go public with his identity.

Anderson didn’t respond when asked whether he was aware Hopkins had gone public.

The U.S. Supreme Court on Friday directed Pennsylvania election officials to separate ballots received between 8 p.m. on Nov. 3 and 5 p.m. on Nov. 6 from those that arrived earlier as legal battles over the votes play out.

Pennsylvania’s Supreme Court earlier this year ruled that mail ballots that arrived up to three days after the election could be counted, provided they were postmarked by Election Day or did not have a clear postmark.

Hopkins said he was interviewed by agents with the United States Postal Inspection Service.

A GoFundMe fundraiser was started by a man who said he was Hopkins.

The man said he is willing to testify under oath about the backdating of ballots.

“I made the difficult decision to risk everything in my life to come forward with this information of extreme wrongdoing by the Post Office. I am uncertain of what the future holds for me but I felt the public had a right to know what is really going on. The Post Office has already been threatening my employment. I am scared for myself, my family, and those closest to me,” he wrote, calling for people to support him in the coming days.