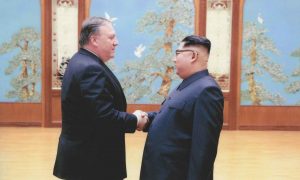 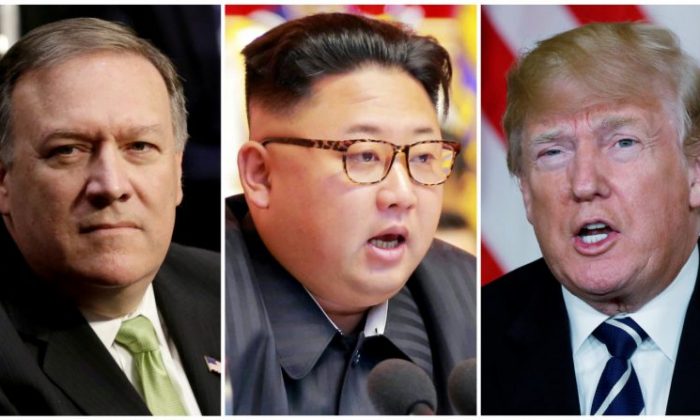 Mike Pompeo, the U.S. secretary of state, said that the United States could help North Korea rebuild its economy if the reclusive, communist nation agrees to denuclearize.

The United States will be “prepared to work with North Korea to achieve prosperity on the par with our South Korean friends,” Pompeo told reporters.

“Kim understands this will have to be big and special,” Pompeo told “Fox News Sunday,” referring to North Korean dictator Kim Jong Un. “I think Kim appreciates the fact this is going to have to be different. . . . If we can achieve a historic outcome, both sides have to come to play,” he said.

President Donald Trump had announced that a summit between North Korea and the United States would be held on June 12 in Singapore.

“What Chairman Kim will get from America is our finest—our entrepreneurs, our risk takers, our capital providers… .They will get private capital that comes in. North Korea is desperately in need of energy…for their people. They are in great need of agricultural equipment and technology,” Pompeo said on CBS’ “Face the Nation” on Sunday, Reuters reported.

North Korea’s state-run media reported over the weekend that it would dismantle its nuclear bomb site in May, Reuters reported. On Saturday evening, Trump responded on Twitter: “North Korea has announced that they will dismantle Nuclear Test Site this month, ahead of the big Summit Meeting on June 12th. Thank you, a very smart and gracious gesture!”

North Korea has announced that they will dismantle Nuclear Test Site this month, ahead of the big Summit Meeting on June 12th. Thank you, a very smart and gracious gesture!

On CNN’s “State of the Union,” White House national security adviser John Bolton said, “I think what the prospect for North Korea is to become a normal nation, to behave and interact with the rest of the world the way that South Korea does.”

The United States, he said, is pursuing “complete, verifiable, and irreversible denuclearization.”

“On the denuclearization side of the program, that means all aspects of their nuclear program,” he added. “Clearly, the ballistic missiles program, as with Iran, with the intention of being a delivery system for nuclear weapons—that’s gotta go. I think we need to look at their chemical and biological weapons programs as well. The President’s going to raise other issues, the Japanese abductees, South Korean citizens who were kidnapped.”