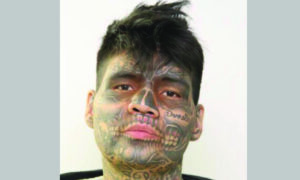 OTTAWA—Defence Minister Jason Kenney says the United States let it be known that the Canadian air force’s stock of precision-guided bombs and expertise in dropping them would be helpful in the campaign against Islamic State extremists in Syria.

Speaking to reporters today, Kenney would not go as far as to say the Americans requested the Harper government expand the scope of its air strikes outside of Iraq, but did indicate that Washington left it open for consideration.

He says military planners have assured him that the Soviet-era air defences belonging to the regime of President Basahar Al-Assad are not concentrated in the western portion of the country, where Canadian jets will eventually be bombing, and that extremists don’t have anti-aircraft weapons capable of hitting jet fighters at a high altitude.

Separately, the Harper government is leaving the door open to targeting groups affiliated with the Islamic State of Iraq and the Levant as part of its expanded mission in the Middle East.

Foreign Affairs Minister Rob Nicholson was asked specifically today about going after other groups, but said the main focus is ISIL.

Kenney wouldn’t rule out targeting other terrorist groups, such the al-Qaeda-affiliated al-Nusra, saying that the air force isn’t going to be checking membership cards when it drops bombs.