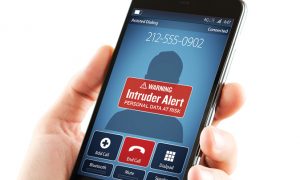 US Navy Cruisers and Destroyers Look to Ditch Lenovo Servers

The U.S. Navy is allegedly looking for new servers after their current IBM line was purchased by Chinese computer company Lenovo.

IBM closed the $2.1 billion sale of its x86 server division to Lenovo in October. The sale included the x86 BladeCenter HT servers used by the Navy.

To protect its systems from potential Chinese threats, the Navy is now looking to replace the servers. They are allegedly concerned that Chinese government agents could remotely access the systems by compromising routine maintenance.

A vulnerability on Lenovo computers was recently discovered, which took advantage of the Lenovo System Update and left an open door for hackers.

The servers are currently used by the Navy’s Aegis Combat System, used by Navy assets including its guided missile cruiser and destroyer fleets, and ballistic missile and anti-air defenses.

The manufacturer of the Aegis Combat System, Lockheed Martin, is helping the Navy look for replacement servers.

Lockheed Martin spokeswoman Rashi Ratan told USNI News that while there are options, the new servers will need to fit specific requirements and will need to be tested.