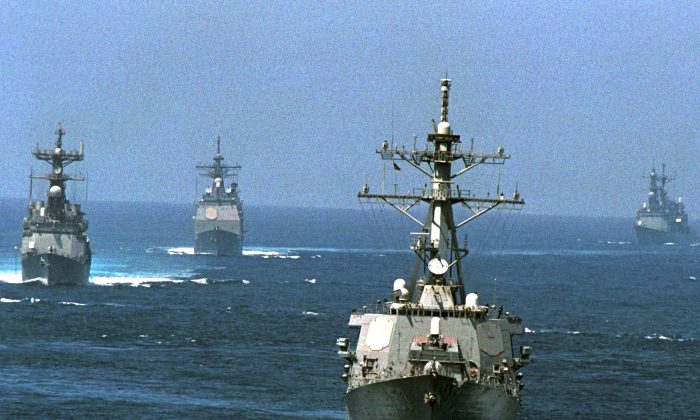 The USS John Paul Jones Leads A Formation Of Ships In A Series Of Close Ship Maneuvers Sept. 24, 2001 At Sea In Southwest Asia. (U.S. Navy/Getty Images)
US

A ballistic missile intercept test conducted by the U.S. Navy has failed, according to reports.

The destroyer detected and tracked the target but wasn’t able to intercept it.

“Program officials will conduct an extensive analysis of the test data,” a news release for the U.S. Missile Defense Agency read Thursday, adding that the “planned intercept was not achieved.”

“This was the fourth development flight test using an SM-3 IIA missile, and the second intercept test. The previous intercept test, conducted in February 2017, was successful,” it added.

The missile is being developed by defense contractor Raytheon in a joint U.S.-Japan project. It’s designed to counter North Korea.