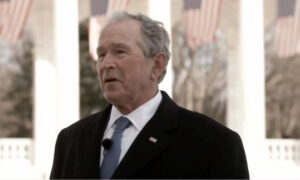 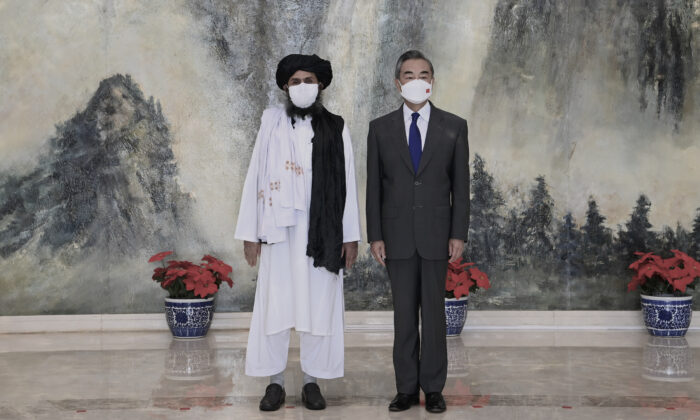 US Naively Supports China in Afghanistan

U.S. Secretary of State Antony Blinken said that China’s involvement in Afghanistan could be a good thing. His July 29 utterances fly in the face of all available evidence and are supremely naive, or worse. Instead of using his position to represent U.S. values and provide real information to the global public, Blinken persists in weaving his fantasies of cooperation with the totalitarian Chinese communist regime.

The more he does so, the more rope he gives Beijing to use to eventually hang us.

A delegation of nine Taliban terrorists visited Tianjin, China, on July 28, for a meeting with Chinese Foreign Minister Wang Yi. That meeting came on the heels of U.S. Deputy Secretary of State Wendy Sherman’s July 26 visit, which ended in chilly mutual recrimination, as had the March Alaska meeting in which Blinken likewise stumbled.

Wang Yi’s July 28 meeting with the Taliban, so shortly after the meeting with Sherman, was a diplomatic snub, given the tens of thousands of U.S. and civilian deaths in Afghanistan, mostly at the hands of the Taliban. Diplomatic fanfare and honeyed language poured by the Chinese regime on the Taliban at this point, before the blood on their hands has dried and they’ve officially taken control of the government in Kabul, is reprehensible. The realpolitik moves are meant to solidify China’s relations with them while forcing out U.S. influence, which is strong in the democratically elected government in Kabul.

Instead of pointing all of this out, Blinken falsely stated, “No one has an interest in a military takeover of the country by the Taliban, the restoration of an Islamic emirate.”

He urged that the Taliban attend the “negotiating table … peacefully.”

These are obvious equivocations, given that China, throughout the war, supported Pakistan economically and militarily, and Pakistani military and intelligence elements supported the Taliban. Pakistan and the Chinese regime have been quietly cheering, cooperating, and protecting the Taliban all along, and are now starting to throw public diplomatic parties with them. It’s outrageous that Blinken supports this, not only with his silence, but with public statements.

The Chinese regime called the Taliban “a pivotal military and political force” for Afghanistan’s reconstruction on July 28, in an attempt to elevate the Taliban from the status of a terrorist organization that frequently targeted civilians in market bombings, to respectable counterparties at peace talks.

China’s foreign ministry said it wouldn’t “interfere” in Afghanistan, which is code for allowing the Taliban to violate human rights at will, as long as the Taliban supports Beijing in doing the same.

Beijing will be looking for Taliban help in repatriating Uyghurs and other Muslims to China, as well as furthering the false narrative that Uyghurs are terrorists. Uyghurs are almost universally peaceful and are barely existing in China under the worst—genocidal—conditions. The Taliban, by meeting and welcoming Chinese Communist Party representatives, reveal themselves as entirely hypocritical in their supposed Muslim faith.

A Taliban spokesperson wrote on Twitter that China had “reiterated its commitment of continuation of their assistance with Afghans and said they will not interfere in Afghanistan’s issues but will help to solve the problems and restoration of peace in the country.”

“The hasty withdrawal of the United States and NATO troops from Afghanistan actually marked the failure of the U.S. policy toward Afghanistan, and the Afghan people have an important opportunity to stabilize and develop their own country,” the ministry said in a statement.

Instead of replying to those lies from Beijing with a compliment and hope, Blinken ought to have fought back with the truth. He’s failing at his job of well representing the American people abroad and providing the truth to the global public.