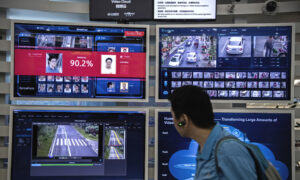 The Trump administration on Aug. 17 announced it will further tighten restrictions on Huawei, aimed at cutting off its access to chips made with U.S. technology.

The commerce department said it has broadened restrictions imposed in May, which sought to prevent the Chinese telecom giant from acquiring semiconductors from global chipmakers made with U.S. technology.

The administration also added 38 Huawei affiliates in 21 countries to its trade blacklist, barring U.S. firms from doing business with them. Adding the new set of firms raises the total number of blocked Huawei affiliates to 152. Huawei and its affiliates were first added to the blacklist in May 2019 on national security grounds.

Commerce Secretary Wilbur Ross told Fox Business the restrictions introduced in May “led them to do some evasive measures. They were going through third parties … The new rule makes it clear that any use of American software or American fabrication equipment is banned and requires a license.”

State Secretary Mike Pompeo said in a statement that the new rule change “will prevent Huawei from circumventing U.S. law through alternative chip production and provision of off-the-shelf chips.” He added that “Huawei has continuously tried to evade” the U.S. restrictions imposed in May—which don’t fully go into effect until Sept. 14.

Huawei didn’t immediately respond to a request for comment.

The move comes as the administration takes tougher action against Beijing on multiple fronts, including tech companies posing security threats. Washington has long said Huawei equipment could be exploited by the Chinese regime for espionage or to disrupt communication networks. U.S. officials point to laws in China that compel companies to cooperate with intelligence agencies when asked. The company has denied these allegations.

The administration has worked to persuade allies to exclude Huawei from their 5G rollouts, an endeavor that appears to be yielding fruit as a growing number of countries choose alternative telecom suppliers.

In mid-July, the State Department announced it would impose visa restrictions on employees of Huawei and other Chinese tech companies that support China’s human rights violations around the world.

The administration this month took aim at Chinese social media apps TikTok and WeChat, banning transactions with their Chinese parent companies ByteDance and Tencent, respectively, starting in September. Officials said the ban is an effort to protect American users’ data from espionage by Beijing.

The commerce department also announced on Aug. 17 a separate new rule that requires firms to obtain a license when a company on the trade blacklist such as Huawei acts “as a purchaser, intermediate consignee, ultimate consignee, or end user” in a transaction.

Existing U.S. restrictions have already hurt Huawei and its suppliers.

On Aug. 8, Chinese financial magazine Caixin reported that Huawei will stop making its flagship Kirin chipsets next month due to U.S. pressure on suppliers.

Huawei’s HiSilicon division has relied on software from U.S. companies such as Cadence Design Systems and Synopsys to design its chips, and outsourced the production to Taiwan Semiconductor Manufacturing Co. (TSMC), which uses equipment from U.S. companies.

TSMC has said it will not ship wafers to Huawei after Sept. 15.