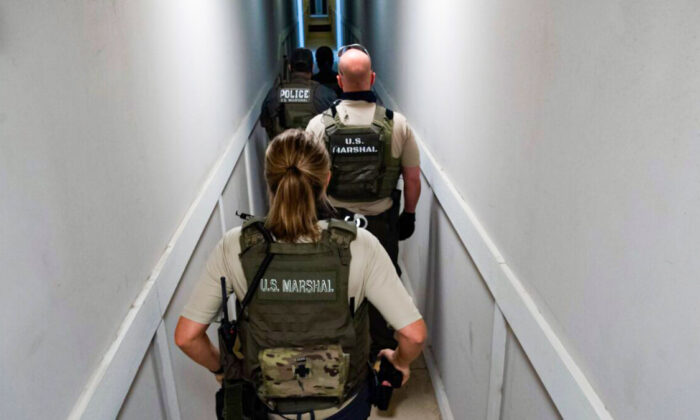 US Marshal-Led Operation Sees Over 700 Arrested in Mississippi

More than 700 individuals in north Mississippi were arrested during a month-long U.S. Marshals led operation in the state, Department of Justice announced Wednesday.

The operation, dubbed “Operation MPACT” (Mississippi Partnering Agencies Coming Together), led to the arrests of hundreds of individuals in the state on a variety of charges including homicide, aggravated assault, aggravated domestic assault, child abuse, child sexual assault, drug distribution, unlawful gun crime, DUI, and failure to register as a sex offender.

Of the total number of arrests made during Operation MPACT, 350 were for felony offenses and 56 were gang-related. Law enforcement officers also seized $134,180 worth of narcotics, $50,720 worth of cash, and 38 firearms.

The month-long effort began on March 1, and was organized in response to a surge in crime in the area in recent months. The increase in violent crime came after several organized criminal groups operating out of Memphis and Chicago migrated to Mississippi via Interstate 55, the justice department said.

The operation will have a “lasting effect” on communities in Mississippi, U.S. Marshal Danny McKittrick said in a statement.

“I would like to personally thank all of our partners for their relentless support in making this operation a success,” McKittrick said. “I believe the historical results of this operation combined with the community policing efforts of our local partners will have a lasting effect on these communities here in the Northern District of Mississippi.”

“The success of this operation and the resulting arrests and seizures of criminal contraband directly result from the outstanding leadership demonstrated by the U.S. Marshals Service and the hard work of our federal, state and local law enforcement partners who saw a need to combat rising crime rates and took action to strategically address the problem,” Joyner said.

“Arresting those who would commit violent crimes, drug crime and gun crimes in our District and those who are wanted for such crimes is key in making the Northern District of Mississippi safer for the citizens who live here,” he added.

The justice department said the operation was one of many efforts linked to Project Safe Neighborhoods (PSN), which it described as the “centerpiece” of its violent crime reduction efforts.