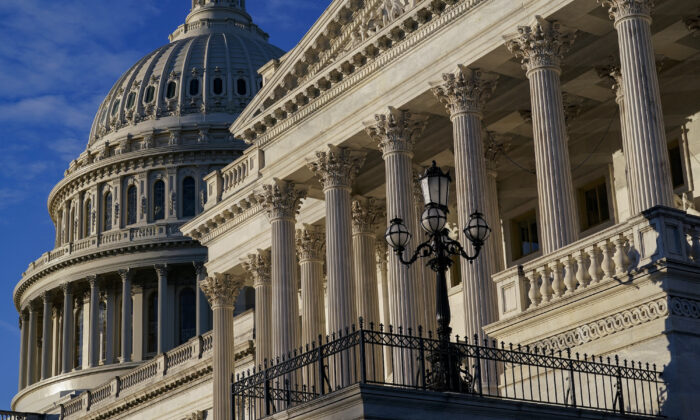 Lawmakers on Capitol Hill bought and sold an estimated $355 million worth of stocks in 2021, according to stock transaction disclosure data provided by Capitol Trades and analyzed by MarketWatch.

U.S. representatives and senators or their immediate family members bought about $180 million and sold around $175 million worth of company shares in 2021. House representatives occupied the top 10 spots in terms of the total amount transacted, with the first senator on the list in 12th place.

Rep. Michael McCaul (R-Texas) was the most active politician, by overall dollar value. His disclosures show roughly $35 million in stock sales and $31 million in stock purchases, for a total of $66 million in transactions.

Rep. Ro Khanna (D-Calif.) ranked second, with a total transacted volume of about $53 million, including roughly $19 million in sales and $34 million in purchases.

Rep. Mark Green (R-Tenn.) disclosed roughly $53 million in stock transactions, including about $26.5 million each of purchases and sales.

The top senator in trade dollar value was Sen. Bill Hagerty (R-Tenn.), whose disclosures show about $57,000 in stock buys and just over $4 million in sales.

House Speaker Nancy Pelosi (D-Calif.), whose trading activity has attracted an online following, was in the eighth spot with a $12 million volume in stock trades.

Trading stocks by members of Congress has been the subject of scrutiny and criticism over the years, prompting questions about whether lawmakers leverage access to privileged information to get an edge on markets.

A 2010 study by researchers at the University of California–Los Angeles found that Senate members trading stocks between 1993 and 1998 outperformed the market by about 12 percent. A separate study (pdf) by a researcher at West Virginia University found that “politicians, similar to corporate insiders, trade on information containing macroeconomic components.”

In 2012, Congress approved a law known as the Stop Trading on Congressional Knowledge Act, or STOCK Act, to crack down on insider trading. However, the findings of a Business Insider investigative reporting project known as “Conflicted Congress” found that 54 members of Congress in 2021 failed to properly report their trades as required by the STOCK Act.

The financial ethics of Congress have also come under renewed pressure lately, with more than two dozen House members from both sides of the aisle calling for a ban on members of Congress owning or trading stocks while in office. In a Jan. 24 open letter (pdf), 27 House members argued that the STOCK Act lacks the teeth needed to be effective and that more stringent laws should be in place to curb politicians from “using congressional knowledge to their advantage in stock trading.”

“It’s clear the current rules are not working,” the lawmakers wrote, citing several high-profile cases of senators making significant stock sales after receiving closed briefings on the COVID-19 outbreak in the early days of the pandemic in 2020, before the general public had understood its implications for markets.

Members of Congress were elected to “serve our country, not turn a quick a buck,” they wrote, arguing that a law barring lawmakers from owning or trading stocks while in office would help restore public trust.