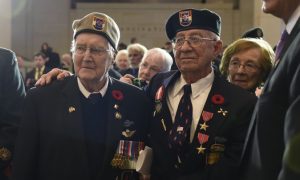 Carter: US to Provide Weapons, Aircraft, Commandos for NATO
0 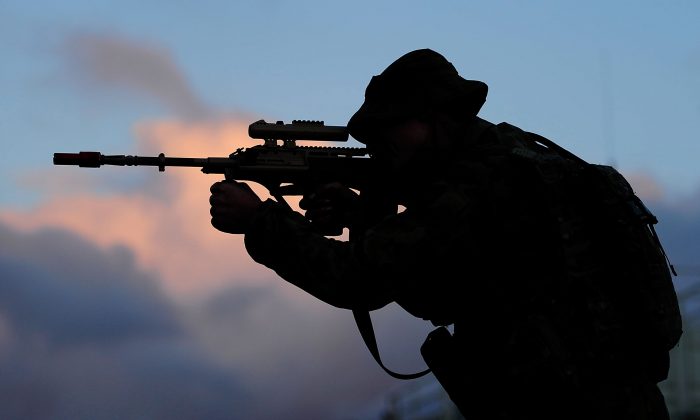 Captain Nick Garrett from Headquarters 7 Brigade looks through the sights of his rifle as part of exercise Talisman Sabre on July 9, 2015 in Rockhampton, Australia. (Ian Hitchcock/Getty Images)
US

US Keeps Wraps on New Commando Force for Iraq

WASHINGTON—The commando force that President Barack Obama is dispatching to Iraq to conduct clandestine raids against the ISIS group does not fit neatly into a picture of the U.S. military strategy for defeating the extremist army.

Even the name — “specialized expeditionary targeting force” — is a bit of a riddle.

The main point is that the force is intended to ratchet up pressure on the ISIS by using a small group of special operations troops — possibly fewer than 100 — to more aggressively use intelligence information, to include capturing and killing the group’s leaders. In theory, this would generate even more and better intelligence, feeding what the military calls a “virtuous cycle” of intelligence-driven air and ground operations.

It will be combat, but on a relatively small scale. Obama remains opposed to major U.S. ground combat in Iraq or Syria. Several weeks ago the administration said it would send up to 50 special operations troops to Syria as trainers and advisers.

The Pentagon has been spare in its description of this new commando force in Iraq. It has not even said when it will deploy.

Offered a chance by the Senate Armed Services Committee on Wednesday to expand on the Pentagon’s cryptic outline of the force’s makeup and mission, Defense Secretary Ash Carter demurred. In fact he said less about it than when he announced the move a week ago. He said then that the force would be positioned to gather intelligence, conduct raids and free hostages in Iraq while partnered with Iraqi forces. He also said it conduct unilateral hit-and-run raids into Syria.

But Carter told the committee that he preferred to keep details under wraps.

“This is a no-kidding force that will be doing important things,” he said, adding that describing it too fully would jeopardize its security.

This kind of military force typically works in the shadows; the very fact of its existence normally would be classified secret. In this case the Pentagon lifted that veil to bolster its argument that the U.S. military strategy is building momentum at a time when its critics claim the Islamic State is winning.

Obama alluded to the new commando force when he said in an Oval Office address Sunday that thousands of Iraqi and Syrian ground forces are trying to retake territory from the Islamic State and that U.S. special operations forces are being deployed to “accelerate that offensive.” He didn’t go into details, and other officials say the Pentagon has yet to fully develop what was little more than a concept when Carter announced it last week.

Some private analysts are skeptical that adding 100 more special operations troops in Iraq will make a significant difference.

Anthony Cordesman, a long-time Middle East defense expert at the Center for International Security Studies, says the commando force could be helpful if used as part of a broader U.S. strategy for developing effective local ground forces in both Syria and Iraq.

“Like stepping up the number of coalition air sorties, however, it also risks being one more step in a process of strategic incrementalism where the Obama administration reacts to every new problem with ISIS by making a limited increase in military force that is too little and too late,” Cordesman wrote recently, using another acronym for the Islamic State, which has been branded a terrorist group by the U.S. government.

Linda Robinson, a senior policy analyst at the RAND Corp., a federally funded think tank, says the raids and follow-on exploitation of intelligence gained through interrogation of captured IS leaders will significantly increase pressure on the extremist group.

Writing in Foreign Affairs magazine, she called this the start of a “new phase” of the U.S. military campaign. She said it should be coupled with a ramping up of the effort to build indigenous ground forces in Iraq and Syria.

There also seems to be some doubt about how enthusiastically the Iraqi government has embraced the idea of hosting more U.S. combat troops.

Sen. John McCain, a leading critic of Obama’s approach in Syria and Iraq, said Wednesday that while he does not oppose the additional steps the Pentagon has announced in recent weeks, they fall short of the decisive action he believes is urgently needed. McCain wants several thousand more U.S. troops to perform a variety of missions including advising Iraqi ground forces closer to the front line of battle.

“Someone’s going to have to convince me that air power alone, (with) special operations forces are going to succeed in the short-term, in order to prevent further things such as San Bernardino,” McCain said, referring to the Dec. 2 shooting by an apparently self-radicalized Muslim couple who killed 14 people. The FBI has said the shooters were inspired by Islamic extremists overseas, but further links are unclear.

That shooting, combined with the Nov. 13 terrorist attacks in Paris, has raised fears of the ISIS’s expanding global influence and put new political pressure on the administration to demonstrate progress in Iraq and Syria.