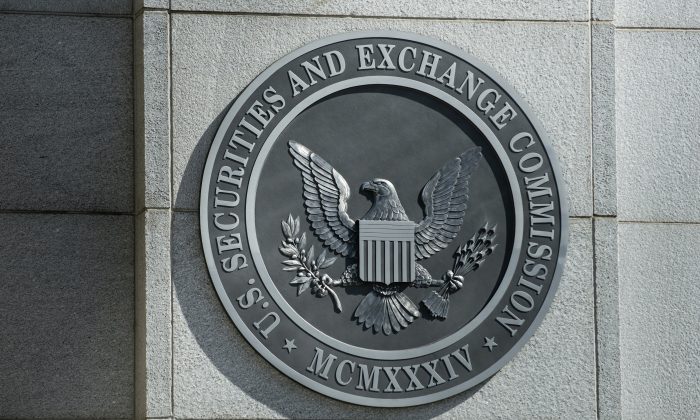 A view of the Securities and Exchange Commission headquarters May 3, 2013, in Washington, D.C. An SEC judge has recently ruled against the Big Four auditing firms. (Brendan Smialowski/AFP/Getty Images)
China

US Judge Slaps Ban on Big 4 Auditors Operating in China

A running battle between securities regulators in the United States and China—with major audit firms stuck in the middle—has come to a head with a U.S. judge banning the Big Four auditors from signing off on China-based companies for six months.

The move has been called a “body blow” to the auditors, and marks a sharp escalation in the dispute between the United States and China over whose countries’ laws will prevail when it comes to China-based companies accessing U.S. capital markets.

“The auditors think that economic considerations trump everything, and that they could get away with flouting the law,” said Francine McKenna, an expert on the auditing profession who runs the website re: The Auditors. “They went to China knowing the operations were at risk, and if something went wrong they would have to answer for it. But they never intended to answer for it.”

The decision was made by Cameron Elliot, an administrative law judge who operates within, but independently from, the Securities and Exchange Commission. The China-based operations of four firms—Ernst & Young, KPMG, Deloitte, and PricewaterhouseCoopers—were censured and banned from auditing China companies for six months. Another Chinese auditor, BDO China Dahua, was also censured but not banned.

The ruling does not take immediate effect, and the companies have already announced their intention to appeal.

Each of the companies had for a number of years served China-based clients that had come under scrutiny for fraud by the SEC. The SEC wanted the working papers from the companies, but China’s securities regulator warned the auditors that sharing any files would constitute a violation of the Communist Party’s vague but powerful state secrets laws.

Chinese regulators never spelled out precisely why state secrets were involved in the cases.

Much discussion between the SEC and its Chinese counterpart continues, so the judge declined to reveal parts of the hearings that dealt with “their interaction more candidly than is customary in diplomatic circles.”

The SEC for several years attempted to get the audit working papers from Chinese regulators—who explicitly told the auditor that its employees may be jailed if they handed the papers to U.S. regulators directly—but met with little cooperation. The regulators had 18 boxes of audit papers that the SEC wanted.

According to a declaration by a SEC enforcement officer, from 2009 the agency sent 21 requests for assistance to its Chinese counterpart, the China Security Regulatory Commission. It did not get the audit papers, “nor has it received meaningful assistance from the CSRC in any of the other investigations.”

The Public Company Accounting Oversight Board, an agency that inspects auditors, made some progress in brokering access to China-based auditing firms, but never received the cooperation from Chinese authorities sufficient to conduct adequate oversight.

Experts on Chinese law dispute the legality of Chinese regulators’ demands for secrecy from the auditors.

One of the major sparks to the dispute between U.S. and Chinese regulators was the discovery of fraud involving the Chinese firm Longtop Financial Technologies Limited. Longtop entered U.S. capital markets through an initial public offering, underwritten by Goldman Sachs and audited by one of the Big Four—in this case, Deloitte.

It appeared to be a very different beast from the flood of fraudulent Chinese companies that listed on American exchanges using a kind of backdoor approach, called reverse mergers.

For years Longtop claimed it was responsible for the enormous financial back-office work for the Agricultural Bank of China, one of the big four state-owned banks. However, critics say it never performed that function, suggesting that the scale of its fraud may have been vast.

Beginning in 2011, a cascade of companies with high-profile accounting irregularities, sometimes identified as frauds, began to arouse intense scrutiny from U.S. regulators, who were moving to protect the integrity of U.S. capital markets and investors.

“Any company operating in China knows they’re behind this wall. They’re untouchable. The SEC is trying to poke holes in that wall,” said Francine McKenna.

She added: “The judge made the situation very clear: everyone signed up for this. The SEC signed up, audit firms signed up. We went forward, but you knew that if something went wrong you could be called on.”