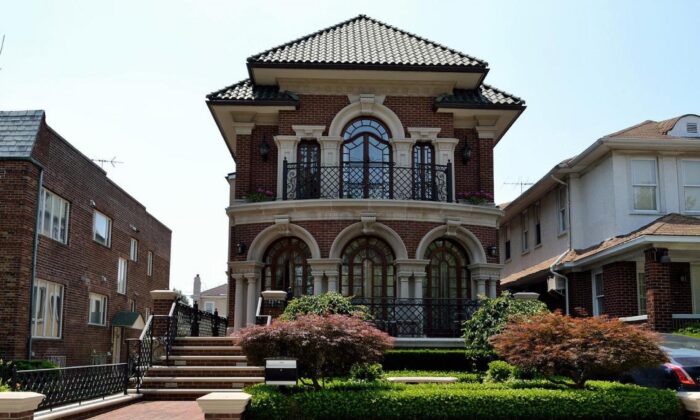 The apparently mild drop in prices is the largest single-month decline in prices since January 2011.

It also was the second-worst performance for the month of July since 1991, following a 0.9 percent decline in July 2010, during the Great Recession.

“Further price corrections are likely on the horizon as we move into what are typically more neutral seasonal months for the housing market,” said a Black Knight spokesperson to CNBC.

The Zillow report saw home values fall 0.1 percent in July compared with the previous month, the first downtick in its Home Value Index since 2012.

The decline in housing prices last month translated to a $366 price decline for the typical home, according to Zillow, with the average home price in July at $357,107.

The rapid jump in mortgage rates since the beginning of the year had made a tight housing market even less affordable for many first-time buyers.

Home prices were already inflated due to the pandemic, as millions of Americans relocated across the country, raising demand to new highs, leading to a crash in available housing stock, while the extremely low mortgage rates led to a rush for available properties.

Housing affordability is presently at its lowest level in 30 years, according to Black Knight.

A typical buyer would now need to spend 32.7 percent of their median household income to purchase the average home using a 20 percent down payment on a 30-year mortgage, which is about 13 percentage points more than at the start of the pandemic and significantly more than it was during the Great Recession over a decade ago.

“We’ve been advising for quite some time that the dynamic between interest rates, housing inventory, and home prices was untenable from an affordability perspective, and, at some point, something would have to give,” said Andy Walden, vice president of enterprise research and strategy at Black Knight.

“We’re now seeing exactly that, with July’s data providing clear evidence of a significant inflection point in the market,” and that “further price corrections are likely on the horizon as we move into what are typically more neutral seasonal months for the housing market,” he said.

Housing prices historically rise an average of 0.4 percent between June and July, as many American families tend to move during the summer into newly purchased homes.

The news comes as new home sales tumbled 12.6 percent, to a seasonally adjusted annual rate of 511,000 units last month, the lowest level since January 2016, according to a U.S. Census Bureau report.

The federal agency’s data on the June’s sales pace was revised downward, to 585,000 units from the previously reported 590,000 units.

However, home prices were still reportedly 14.3 percent higher in July, compared with the same month the year before, and is more than three times the historical annual rate in price growth.

The majority of the spike in prices took place in the first five months of 2022, before the significant hikes in mortgage and interest rates.

The average rate for the 30-year fixed mortgage, which is popular for homebuyers, was around 3 percent at the beginning of the year, as the market adjusts to several sharp rate hikes by the Federal Reserve, according to Mortgage News Daily.

The rate gradually rose, with a slight dip in May, but then shot up, to just over 6 percent in June, and is now hovering around 5.56 percent as of Aug. 24, up 44 basis points from the previous week’s average rate of 5.12 percent.

A few local markets have seen steep declines over the last few months, such as San Jose, California, with home prices down 10 percent, followed by Seattle, Washington, at 7.7 percent; three cities in California: San Francisco at 7.4 percent, San Diego at 5.6 percent, Los Angeles at 4.3 percent; and Denver, Colorado, at 4.2 percent.

Besides the affordability crunch facing homebuyers, builders are dealing with a spike in home construction costs, as well as a dwindling demand for housing.

The dire sales situation has caused the National Association of Home Builders to declare a full-blown “housing recession” at the beginning of August, after eight straight months of declining builder confidence.

“July existing home sales fell for the eighth month out of nine, down 22.5 percent year over year, the biggest year-over-year decline since April 2011. The [home sales] index fell to 89.8, the lowest since Oct. 2011, excluding a one-off spike during the COVID lockdown. Prices fall as inventories rise. It’s a housing #Recession,” warned Peter Schiff, chief economist and global strategist at Europac.com, in a recent tweet.

A similar assessment was made by the credit rating agency Fitch, which warned that a “severe downturn” in the American housing market was now possible, and that home prices could fall by up to 15 percent in a major recession, along with a 30 percent decline in housing activity.