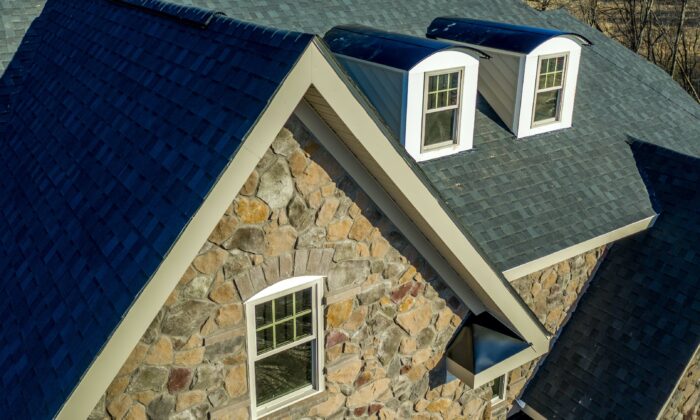 US Home Prices Cooled at a Record Pace in June

Skyrocketing mortgage rates and inflation in the United States have caused the housing market to tumble in June, allowing historically high home prices to stabilize and unit stock to grow, according to a report from mortgage data analytics firm Black Knight.

The rise in housing prices rapidly slowed in June, according to the report, though prices are at higher than they were 12 months ago.

The annual rate of price appreciation in June fell two percentage points, from 19.3 percent to 17.3 percent.

“We’re starting to see big growth in inventory, fewer immediate sales, and more homes taking price cuts. What should we expect in the fall?” Mike Simosen, of Altos Research, a housing market analytic firm, wrote in a tweet.

Simosen, in his July 26 report, predicts that inventory will climb through October, but not dramatically, and that home prices will remain flat.

During the period of the housing crisis during the Great Recession of 2007–09, the largest monthly slowdown on record was 1.19 percentage points.

Things are a bit different than they were a decade ago, as average homeowners currently have more equity, so price drops are not expected to have much of an effect.

“The pullback in home price growth in June marked the strongest single month of slowing on record, dating back to at least the early 1970s—and it wasn’t even close,” said Ben Graboske, president of Black Knight Data & Analytics.

However, price gains remain strong because of the continued imbalance between supply and demand since the start of the pandemic, which only worsened low supplies of housing stock.

Many Americans relocated in the midst of the pandemic, while foreign buyers, particularly from China, bought up increasingly expensive homes.

Home prices are not expected to fall evenly across the country, due to a strong housing market, but the increasing mortgage rates are having an effect.

“The slowdown was broad-based among the top 50 markets at the metro level, with some areas experiencing even more pronounced cooling,” said Graboske.

“In fact, 25 percent of major U.S. markets saw growth slow by three percentage points in June, with four decelerating by four or more points in that month alone.”

Graboske said that the market would need six more months of continuous deceleration in price growth to return to normal price averages and that it would take about five months for interest rates to make a full impact on home prices.

“With a national shortage of more than 700,000 listings, it would take more than a year of such record increases for inventory levels to fully normalize,” he calculated.

The supply of homes for sale has gone up by 22 percent over the past two months, according to the Black Knight report, but inventory is still 54 percent below 2017–19 levels.

Despite the growth in supply, inventory listings are still 716,000 below normal record averages.

“Sales of new single‐family houses in June 2022 were at a seasonally adjusted annual rate of 590,000,” reported the U.S. Census Bureau.

After rising above 6 percent in June, the average 30-year fixed mortgage rate fell back, to 5.13 percent, according to Mortgage News Daily.

That is still about 2 percentage points higher than the 3 percent range at the beginning of the year.

About 10 percent of mortgaged properties nationwide were purchased in the last year; however, the price drops may affect borrowers who bought into the market at or near recent highs.

The regional markets that saw the largest drops were the ones that had previously witnessed the highest spikes in housing prices.

The metropolitan regions of San Francisco, San Diego, and Denver, rounded out the top five markets with the biggest price declines.

“San Francisco officially returned to pre-pandemic levels in June, becoming the first major market to do so, with San Jose close behind, where the number of homes listed for sale is just 1 percent off the June 2017–19 average,” said Graboske.

“It’s therefore of little surprise to find both metros among the markets where prices are pulling back from recent highs, along with Seattle, San Diego, Denver, and others.”

San Jose, California, for example, saw the largest drop out of all of the top residential markets over the last two months, with average home prices seeing a drop of $75,000, or 5.1 percent.

“In fact, 25 percent of major U.S. markets saw growth slow by three percentage points in June, with four decelerating by four or more points in that month alone,” said Graboske.