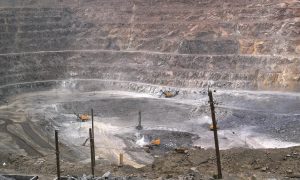 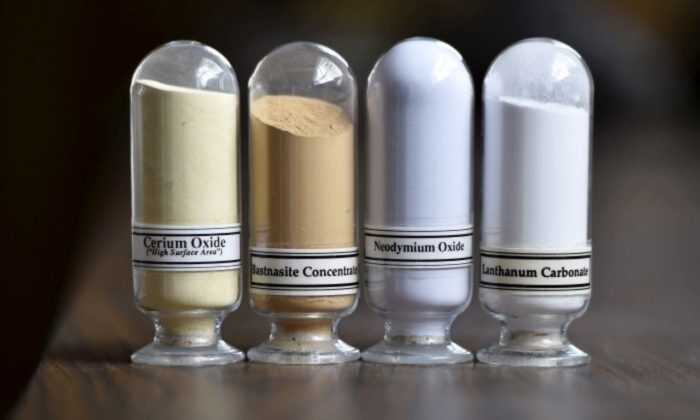 US Hedges Against China Threats With Australian Critical Minerals Alliance

The U.S. has formalized its partnership with Australia on the development of both nations’ critical mineral assets—from bauxite, the main ore of aluminum, to the rare earth elements used in hi-tech lasers. An existing memorandum of understanding was extended on Monday to a formal partnership involving collaboration in research and capacity development, and the agreement was signed by U.S. Geological Survey (USGS) Director Jim Reilly and Geoscience Australia CEO, James Johnson.

A promising new avenue of #USwithAUS partnership is emerging in critical minerals with the signing of a new project agreement in the U.S. overnight. Our @USGS and @GeoscienceAus signed the agreement to improve each nation’s understanding and supply of critical minerals 🇺🇸🇦🇺 pic.twitter.com/Loy0liAFG3

The partnership is not without reason. In May 2019, the mouthpiece of China’s communist regime, the People’s Daily, was used to issue thinly veiled threats to the United States that China could cut off exports of rare earth elements (REEs) if the trade war with the United States deteriorated.

“Will rare earths become China’s counter-weapon against the unprovoked suppression of the US? The answer is not mysterious,” wrote the People’s Daily. “We advise the US to not underestimate China’s ability to safeguard its own development rights and interests, and not to say we didn’t warn you.” China had previously threatened Japan with similar export bans.

Critical minerals such as rare earth elements are applied in a wide range of modern technologies, from batteries, medical equipment, smartphones, and lasers to fighter-jet engines, meaning that their secure supply is of critical importance for military and cutting-edge technologies as well as high-tech manufacturing.

With the exception of Kazakhstan, deposits of uranium and their extraction and processing are concentrated in western democracies such as Australia and Canada, where adherence to accepted trade practices and the rule of law ensures an open trading environment. Not so for REEs.

Rare earth elements are not ‘rare’ in the earth’s crust, but their concentration in economically minable deposits are. While viable deposits of REEs are found on every continent, their extraction and processing is an extraordinarily complex procedure that can produce large amounts of environmentally damaging compounds. Looser pollution controls and environmental regulations give China a huge competitive advantage over more environmentally responsible western democracies, such that Chinese production now dwarfs that of the rest of the world—making China the number one global supplier.

The United States also has viable deposits and working mines, though ore materials from, e.g., the Mountain Pass mine in California is currently loaded into big bags and shipped to China for processing. U.S. cooperation with other countries could enable the United States and its partners to develop existing deposits, reopen mothballed mines, and forge alliances to secure the processing and, thus, the supply of minerals critical for U.S. manufacturing and security.

“We are working with our close international partners and allies to carry out President Trump’s blueprint to position the United States as a leader in the critical minerals sector and ensure economic prosperity,” said Secretary of the Interior, David Bernhardt. “This is an important milestone in reducing the Nation’s susceptibility to critical mineral supply disruptions.”

According to the U.S. Department of the Interior, “The new activities focus on joint critical mineral potential mapping and quantitative mineral assessments; determining geological controls on critical mineral distribution; and developing data analytics capability to understand supply and demand scenarios for developing critical minerals trade between the two countries.”

“This is a partnership that will deliver opportunity and security to both nations,” said Minister for Resources and Northern Australia, Matt Canavan. “Australia is in a position to develop stable supply chains to meet the growing global demand for critical minerals, especially in key economies such as the U.S. The U.S. has a need for critical minerals and Australia’s abundant supplies make us a reliable international partner in securing access to a wide range of those, including rare earth elements.”

Earlier today, I had a productive meeting with #Australia‘s Minister for Resources and Northern Australia @mattjcan. We discussed ways to strengthen the U.S.-Australia alliance including establishing a formal dialogue on critical minerals cooperation. pic.twitter.com/1EyeI49EAf

Days before the announcement, Canavan announced a raft of new financing measures for the sector in Australia.

To reduce U.S. vulnerability to supply shocks, President Donald Trump issued Executive Order 13817—the Federal Strategy to Ensure a Reliable Supply of Critical Minerals. The Order states that “The United States imports most critical mineral commodities [and] is import-reliant … for 31 of the 35 minerals designated as critical by the Department of the Interior. The United States does not have any domestic production and relies completely on imports to supply its demand for 14 critical minerals.”

The order elaborates a strategy to reduce the Nation’s reliance on critical minerals, to aid recycling measures, to access and secure supplies of such minerals through trade with allies and partners, and to support U.S. exploration for critical minerals.

While the DOI has a list of 35 minerals deemed critical to U.S. security and the wider U.S. economy, the 17 rare earth elements (such as ytterbium, neodymium and lanthanum) are included in the list as a single group.

The executive order also requires the USGS to develop strategic partnerships and to share best practice in the study of critical mineral supply chains. The USGS has already begun this process with Australia, and Geoscience Australia has already shared some of its expertise in developing geological and topographical datasets.