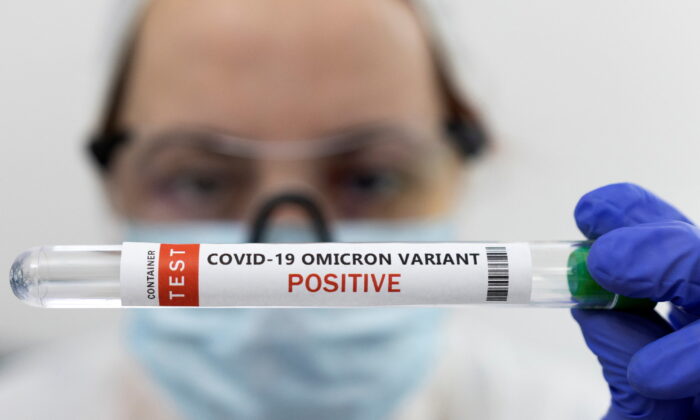 Twenty-one people nationwide have been hit with criminal charges for their alleged participation in various health care related fraud schemes that exploited the COVID-19 pandemic, the Department of Justice (DOJ) said on April 20.

The cases resulted in nearly $150 million in alleged false billings and theft from federal pandemic assistance programs. The DOJ seized over $8 million in cash and other fraud proceeds.

Some of the people charged are accused of offering COVID-19 testing to induce patients to provide their personal identifying information and a saliva or blood sample.

The defendants are alleged to have then used the information and samples to submit false and fraudulent claims to Medicare for “unrelated, medically unnecessary, and far more expensive tests or services.”

In California, Imran Shams and Lourdes Navarro of Glendale, both 63, were indicted in an alleged scheme to defraud Medicare. The pair, owners of a clinical laboratory, were charged with a scheme involving health care fraud, kickbacks, and money laundering.

Shams and Navarro are accused of owning a laboratory that allegedly submitted nearly $144 million in false and fraudulent claims for COVID-19 and respiratory pathogen tests. The tests were ineligible for reimbursement and procured through kickbacks and bribes, and Shams and Navarro concealed their roles in the lab because of prior health care fraud convictions, according to the indictment.

Navarro’s attorney, Mark Werksman, said on April 20 that his client denies the charges and looks forward to her day in court to show she did nothing illegal in connection with her lab work. Werksman said he may make a special appearance in court for Shams, who doesn’t have a lawyer yet.

In two separate cases in the District of Maryland and the Eastern District of New York, the DOJ said owners of medical clinics allegedly obtained confidential information from patients seeking COVID-19 tests at drive-thru testing sites and then submitted fraudulent claims for lengthy office visits with the patients that did not take place.

The proceeds of these fraudulent schemes were allegedly laundered through shell corporations in the United States, transferred to foreign countries, and used to purchase real estate and luxury items, the department said.

“Today’s enforcement action sends a very clear message that we will stop at nothing to root out COVID-19 related health care fraud, wherever it may be found,” said assistant Attorney General Kenneth Polite.

“The Department of Justice is committed to protecting the American people and the critical health care benefits programs that assist them during this national emergency,” Polite added. “And most importantly, we will hold those who exploit those programs accountable to the fullest extent of the law.”

Kevin Chambers, director of the COVID-19 fraud enforcement division at the Justice Department, said the Biden administration’s COVID-19 health care fraud enforcement action “involves extraordinary efforts to prosecute some of the largest and most wide-ranging pandemic frauds detected to date.”

“The scale and complexity of the schemes prosecuted today illustrates the success of our unprecedented interagency effort to quickly investigate and prosecute those who abuse our critical health care programs,” added Chambers.

The DOJ led a similar nationwide enforcement push nearly a year ago that involved 14 defendants and a total of roughly $143 million in false billings. Numerous federal and local law enforcement agencies participated in both enforcement actions.