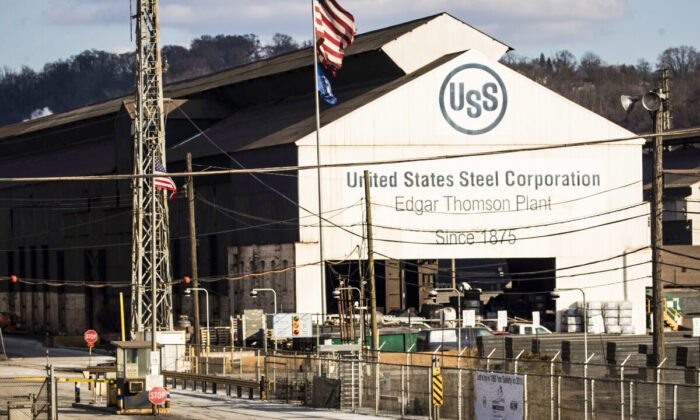 US, EU Reach Deal to Settle Rift Over Steel and Aluminum Tariffs

The United States and European Union (EU) have reached a deal to settle the dispute over tariffs on steel and aluminum imports from the EU.

The Article 232 tariffs won’t be removed entirely, but some quantity of European steel and aluminum will be allowed to enter the United States without tariffs under the deal, they said.

“We were able to reach an agreement whereby the EU will drop their retaliatory tariffs [on American goods],” Raimondo said.

The agreement would ensure “that all steel entering the U.S. via Europe is produced entirely in Europe,” he said.

Former President Donald Trump in March 2018 imposed a 25 percent tariff on steel and a 10 percent levy on aluminum imports. Some countries were permanently exempted from the tariffs, including South Korea, Argentina, Australia, and Brazil, while the levy on Canada and Mexico was lifted after the signing of the United States–Mexico–Canada Agreement.

The tariffs were put in place after a Section 232 investigation found foreign products were a threat to U.S. national security. However, it led Europeans and some other countries to impose counter-tariffs on U.S. products, including whiskey, motorcycles, bourbon, peanut butter, and jeans, among other items.

Raimondo said on April 17 that the Trump-era tariffs saved jobs in the United States.

“With respect to tariffs, there is a place for tariffs. The 232 tariffs on steel and aluminum have in fact helped save American jobs in the steel and aluminum industries,” Raimondo told reporters at the White House, marking a rare point of agreement with the policies of the prior administration.

The Distilled Spirits Council of the United States applauded the deal.

“Lifting this tariff burden on American Whiskeys not only boosts U.S. distillers and farmers, it also supports the recovery of EU restaurants, bars, and distilleries hit hard by the pandemic,” Chris Swonger, president and CEO of the organization, said in a statement. “With the removal of these EU tariffs, we are energized and ready to ramp up our American Whiskey promotions in the EU to re-introduce America’s native spirits to EU consumers and resume a great American export success story.”

American whiskey exports to the EU plunged 37 percent after the EU imposed counter-tariffs on the product, Swonger said.

“The Aluminum Association, which represents the majority of aluminum production in the United States, has long favored a gradual phaseout of the Section 232 tariffs—rather than a tariff rate quota (TRQ)—as the best way to resolve the trade dispute with the European Union,” said Matt Meenan, the association’s senior director of external affairs.

“The association looks forward to learning more about the specifics of the proposal and working with the administration to ensure that the ultimate agreement brings us closer toward our shared goals of growing American aluminum jobs while combatting unfair Chinese industrial policy.”

The Associated Press and Ivan Pentchoukov contributed to the report.