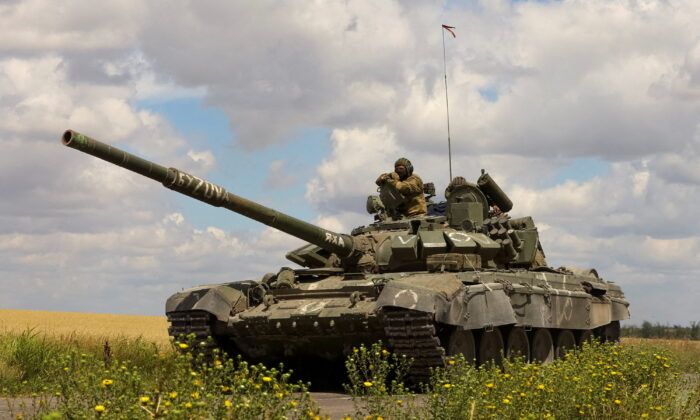 US Embassy Alerts All Americans Still in Ukraine to ‘Leave Immediately’

The U.S. State Department issued an alert Tuesday to Americans who remain in Ukraine to “leave immediately” in anticipation of expanded Russian strikes on the country.

Wednesday, Aug. 24, is the 31st anniversary that Ukraine split from the Soviet Union, celebrated as the country’s independence day. Some analysts and Ukrainian officials have said that Moscow would launch missiles and other attacks across the country.

The date also marks six months since the start of the conflict, which started on Feb. 24.

“The Department of State has information that Russia is stepping up efforts to launch strikes against Ukraine’s civilian infrastructure and government facilities in the coming days,” according to a bulletin from the U.S. Embassy in Ukraine.

“Russian strikes in Ukraine pose a continued threat to civilians and civilian infrastructure,” it added. “The U.S. Embassy urges U.S. citizens to depart Ukraine now using privately available ground transportation options if it is safe to do so.”

For Americans who remain and “hear a loud explosion,” they are directed to “immediately seek cover,” the U.S. Embassy notice said. “If in a home or a building, go to the lowest level of the structure with the fewest exterior walls, windows, and openings; close any doors and sit near an interior wall, away from any windows or openings.”

It also noted that even if a missile or drone strike is intercepted, the falling debris can still pose a risk.

“The security situation throughout Ukraine is highly volatile and conditions may deteriorate without warning. U.S. citizens should remain vigilant and take appropriate steps to increase their security awareness,” the U.S. Embassy alert said.

Kyiv has banned public celebrations in the capital on the anniversary of independence Wednesday, officials said, citing a heightened threat of attack. The capital has only rarely been hit by Russian missiles since Ukraine repelled a ground offensive to seize the capital in March.

Meanwhile, Russian officials have blamed the Kyiv government for carrying out a car-bomb attack that killed Daria Dugina, the daughter of Russian political commentator Alexander Dugin. Ukrainian officials have denied the claims.

On the battlefields away from Kyiv, Russian forces carried out artillery and air strikes in the Zaporizhzhia region in southeastern Ukraine, where fighting has taken place near Europe’s largest nuclear power plant, Ukraine’s military said.

Russian forces control a large swathe of the south, including along the Black Sea and the Sea of Azov coasts, and chunks of the eastern Donbass region.

The prospects for peace look almost non-existent. Russian shelling hit eastern Kharkiv—Ukraine’s second-largest city—around dawn on Tuesday, regional governor Oleh Synehubov said. A house had been hit but no one was hurt, he said.