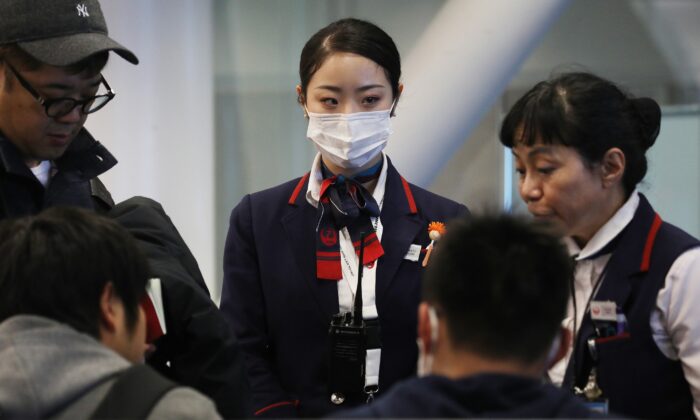 The United States is considering expanding screening of people arriving to the country from different parts of China, while 110 people are under investigation for the coronavirus, health officials said on Jan. 27.

Passengers coming from Wuhan, the epicenter of the new coronavirus, are being screened at five of the largest airports in the United States: San Francisco, New York City, Los Angeles, Chicago, and Atlanta.

That screening could be expanded as soon as this week, Dr. Nancy Messonnier, director of the Center for Disease Control and Prevention’s (CDC) National Center for Immunization and Respiratory Diseases, told reporters in a phone call on Jan. 27.

“This outbreak is unfolding rapidly and we are rapidly looking at how that impacts our posture at the border. We are certainly considering broadening of that screening and that is something that I’ll be prepared to speak about as soon as we can make a decision on it,” she said.

Pressed on details about the possible expansion, she added, citing the volume of new information coming out of China: “We’re imminently thinking about the decision.”

“I expect there will be an announcement about that in the next day. We want to make sure that we’re being expedient and sensible about what kinds of decisions and recommendations we’re making,” Messonnier said.

The screenings might disrupt some people’s travels, she said. Some 2,400 people have been screened so far, and screening has caught some patients who are under suspicion, though others didn’t develop symptoms until later.

Flights to the United States from Wuhan are no longer running, but some people are flying, or have recently flown, from Wuhan to other airports before switching to another plane to fly into the country.

Messonnier said screening serves two purposes: early detection of people infected with the coronavirus, and education for people who don’t show symptoms but might be infected.

Health officials said that 110 people are being evaluated after traveling from Wuhan, or having been in contact with someone who had traveled there, and are displaying a fever or a respiratory illness. Thirty-two people have tested negative and five have tested positive.

The number of people under investigation “will only increase,” Messonnier said.

Sixteen countries have confirmed cases of the Wuhan virus. The five confirmed patients in the United States are in California, Arizona, Washington state, and Illinois.

Health officials said the people under investigation are in 26 states, but have refused to disclose which states they are. State or local departments of health in Minnesota, Virginia, and Texas have stated they’re investigating at least one case.

The CDC is working on investigating the origins of the virus and isn’t ready to say how they think it developed, though “it does look like it could be somewhat similar to a bat coronavirus,” Messonnier said when asked about recent reports from The Lancet.