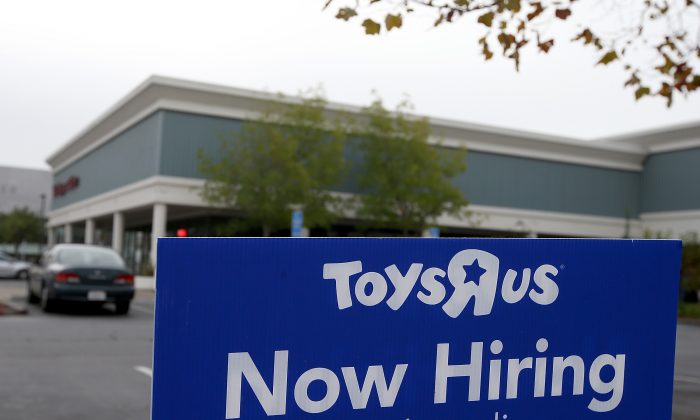 US companies ramped up hiring in September, and more Americans were confident enough to quit their jobs—two signs of an improving economy. (Justin Sullivan/Getty Images)
Business

US Companies Hiring at Fastest Pace in 7 Years

WASHINGTON—U.S. companies ramped up hiring in September, and more Americans were confident enough to quit their jobs — two signs of a steadily improving economy. The number of available jobs declined but remained at a healthy level.

More than 5 million people were hired in September, the most since December 2007 when the recession began, the Labor Department said Thursday. And the number of people who quit their jobs jumped to 2.75 million from 2.5 million. That’s the most in more than six years.

More quitting and hiring means that the job market is becoming more dynamic, which creates additional opportunities for the unemployed. Greater quitting is a good sign for several reasons: People are more likely to leave jobs when they have a new position lined up, usually one that is higher-paying. Workers also quit when they are more confident they can find a new job. And quits open more positions that can be filled by those out of work, or by people seeking higher pay.

“If this pickup is sustained it will add to the evidence that wage acceleration is likely in 2015,” said Jeremy Schwartz, an economist at Credit Suisse.

Job openings fell to 4.7 million from 4.9 million in August. Still, August’s figure was the highest in nearly 14 years, and September’s figure remains strong.

The data is from the Job Openings and Labor Turnover survey, or JOLTS, which provides a more detailed look at the job market than the monthly employment report. It includes figures for overall hiring, as well as the number of quits and layoffs. The monthly jobs figures are a net total of job gains or losses.

The increase in hiring suggests that companies are filling more of their open jobs. That’s important because earlier in the recovery, net job gains occurred mostly because layoffs fell. Thursday’s report shows that gross hiring is now picking up.

Federal Reserve Chair Janet Yellen has cited the level of quits as a key indicator of job market health. She and other Fed officials are monitoring it and other data from the report as they consider when to raise short-term interest rates from near-zero levels. Most economists forecast that won’t happen until the middle of next year.

Manufacturers, health care providers and hotels and restaurants drove the increase in hiring in September. So did professional and business services firms, which include higher-paying fields such as accountants and engineers, as well as temp jobs. Construction hiring fell.

The data adds to recent evidence that the job market is slowly healing. On Friday, the October jobs report showed that employers added a net total of 214,000 jobs, and the unemployment rate fell to 5.8 percent, a fresh six-year low. Employers have added an average of 229,000 jobs a month this year, the healthiest pace in 15 years.

Yet the improved hiring hasn’t translated into fatter paychecks for most Americans. Average hourly pay rose just 2 percent in October from a year earlier, barely ahead of the inflation rate. And many jobs created since the recession ended five years ago have been part-time. There are still 2.2 million fewer people working full-time than there were before the downturn.