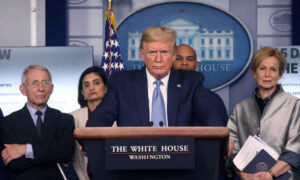 Trump: China Was Putting Out 'False Information' About Coronavirus
0 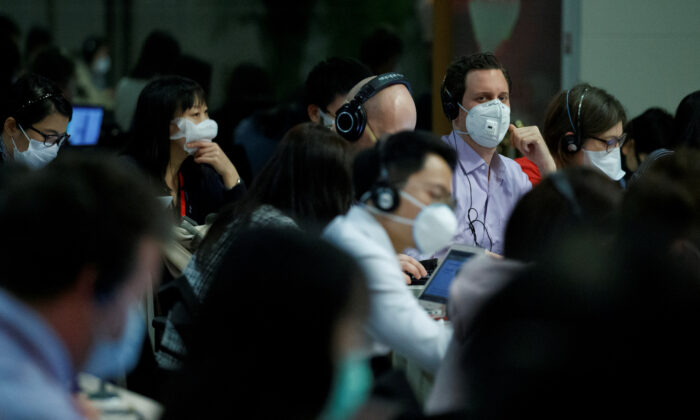 The Trump administration rebuked the Chinese regime on March 17 after Beijing said it would expel U.S. journalists based in China who work for The New York Times, The Wall Street Journal, and The Washington Post.

The Chinese regime said its move was retaliation for the United States’ recent actions targeting Chinese state-run media outlets in the country.

The development came amid growing efforts by the Chinese regime to cast doubt on the origins of the CCP virus, commonly known as the novel coronavirus, which first emerged in the central Chinese city of Wuhan, by even suggesting that it may have come from the United States.

“The Chinese Communist Party’s decision to expel journalists from China and Hong Kong is yet another step toward depriving the Chinese people and the world of access to true information about China,” the White House National Security Council said in a tweet. “The United States calls on China’s leaders to refocus their efforts from expelling journalists and spreading disinformation to joining all nations in stopping the Wuhan coronavirus.”

The Chinese regime in a statement claimed the restrictions were imposed in response to the U.S. State Department’s decision to designate five Chinese state-run outlets as “foreign missions,” and slashed the number of Chinese staff allowed to work at the media outlets’ offices in the United States earlier this month. An administration official previously labeled those outlets, including Xinhua News Agency and China Global Television Network, as “explicit propaganda organs of the Chinese Communist Party.”

A spokesperson from China’s Ministry of Foreign Affairs accused the United States of subjecting Chinese reporters to “growing discrimination and politically-motivated oppression,” and of “purposely making things difficult” for them.

The ministry announced that it would require China-based branches of Voice of America, The New York Times, The Wall Street Journal, The Washington Post, and Time magazine to report information about their staff, finances, operations, and real estate in China.

It said it would require all journalists of U.S. citizenship employed at The New York Times, The Wall Street Journal, and The Washington Post whose press credentials are due to expire before the end of the year to hand back their press cards within 10 days.

The new restrictions also came as Beijing lashed out at the United States after President Donald Trump called the virus the “Chinese virus” in a Twitter post.

“The United States will be powerfully supporting those industries, like Airlines and others, that are particularly affected by the Chinese Virus. We will be stronger than ever before!” Trump posted on Monday.

Trump explained the following day at a press conference that his choice of words was based on Beijing “putting out information that was false, [saying] that our military gave this [virus] to them.”

“Rather than having an argument, I had to call it where it came from. It’s a very accurate term,” he said.

Beginning late February, Chinese media outlets promoted the narrative that the virus originated in the United States, after China’s top epidemiologist Zhong Nanshan said that there was a possibility the virus didn’t originate from China.

Then, on March 12, Zhao Lijian, spokesperson for China’s Foreign Affairs Ministry, alleged in a Twitter post that the U.S. military spread the virus to China.

The first cases of the CCP virus were recorded in the central Chinese city of Wuhan in late 2019.

“I didn’t appreciate the fact that China was saying that our military gave it to them,” Trump said. “Our military did not give it to anybody.”

The president said the term doesn’t create a stigma against China and described the term as accurate.

Cathy He and Nicole Hao contributed to this report.