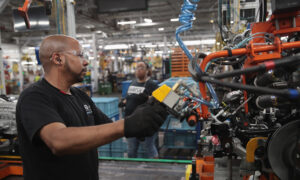 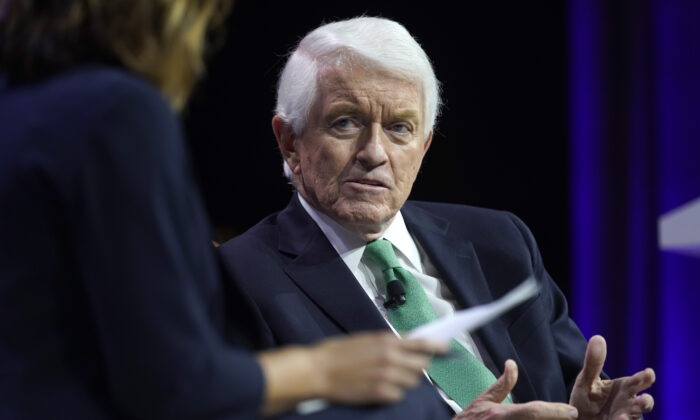 Thomas Donohue, CEO of the U.S. Chamber Of Commerce, speaks onstage during an event at the Grand Hyatt New York in New York, N.Y., on Sept. 23, 2019. (Riccardo Savi/Getty Images for Concordia Summit)
Politics

US Chamber of Commerce Appoints Clark to Succeed Donohue as CEO

The U.S. Chamber of Commerce this week named Suzanne Clark to serve as its next chief executive, becoming the first woman to lead the organization.

Clark, currently the group’s president, will succeed Thomas Donohue, who is stepping down from the role after 24 years. Clark, who will continue as president, will become CEO on March 11; Donohue will stay on in an advisory capacity.

“Suzanne Clark’s extensive experience through ever-increasing responsibilities during her more than 16 years at the Chamber, combined with her ambitious vision and ongoing work to strengthen the U.S. Chamber of Commerce make her the resounding choice to lead the organization into the future,” Christopher Lofgren, chair of the chamber’s board, said in a statement.

Founded in 1912, the chamber has become the world’s largest business federation, representing millions of companies.

Donohue, who met with President Joe Biden at the White House on Feb. 9, will remain in an advisory capacity when Clark takes over. Donohue praised Clark for her “business experience” and “passion for free enterprise.”

Clark became president of the chamber in 2019 and has been at the helm of an effort to reform the group. That led to endorsements for dozens of Democrats running for Congress, sparking anger from conservatives.

“It is hypocrisy that the U.S. Chamber of Commerce would endorse these Democrats that are part of this socialist agenda that is driving this country out and is fighting this president,” House Minority Leader Kevin McCarthy (R-Calif.) told Fox News last year.

The chamber has been billed as nonpartisan but typically supported and worked closer with Republicans. It still endorsed over six times as many GOP candidates in the last cycle.

Clark in a blog post on Feb. 10 said she will champion strong U.S. engagement in markets around the world as she looks to businesses big and small for inspiration.

Clark said America must begin to recover from the COVID-19 pandemic but portrayed the situation hopefully, describing the environment as one ripe for growth and innovation.

“The politics of the moment must not hold us back from the work of the future. It’s true, our country is deeply divided, and so our politicians are divided. But if we’re all in the same boat—and we are—how far can we go while rowing in opposite directions? This moment calls for our leaders to act with both urgency and foresight. They should not waste energy by working at cross-purposes or squander goodwill by pursuing hyper-partisan agendas,” she wrote.

“I don’t think history will judge today’s flame-throwers and rabble-rousers to be the brave ones. It will be the leaders who had the guts to work together to help the American people, the discipline to engage in responsible governing and problem solving, and the vision to put us on the path to a brighter future. Those are the leaders we will stand by and work with.”