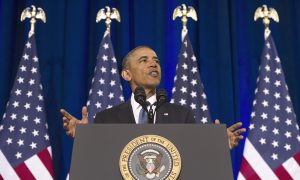 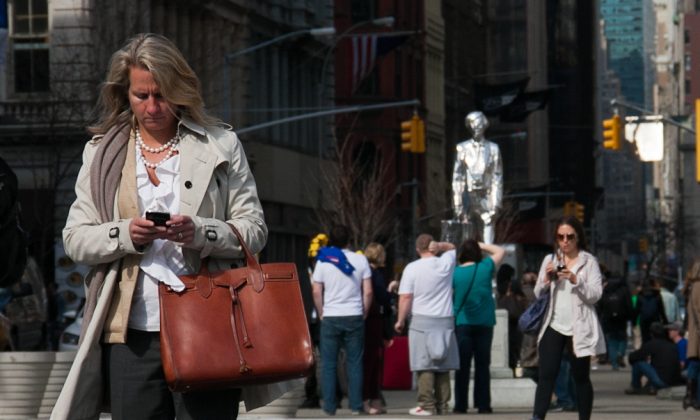 A woman uses her smartphone in Union Square on March 8, 2012. (Benjamin Chasteen/Epoch Times)
US

The federal government will continue to collect bulk information from domestic phone calls as part of Section 215 of the USA Patriot Act until June 1 this year, when the provision is set to expire, according to a recently declassified government document.

Classified documents leaked by whistleblower Edward Snowden revealed how the NSA (National Security Agency) gathers data (but not actual conversations) from all domestic phone calls made through Verizon and other major U.S. carriers.

The bulk intelligence gathering was authorized by Section 215, which gave great discretion to the federal government to collect “any tangible things” for the purposes of an investigation, according to the Patriot Act signed by Congress in 2001.

Under public pressure, President Barack Obama promised in January of last year to end the bulk collection program “as it currently exists,” and announced several reforms to the program.

Then, in March, the president announced that he believed the government should not be holding onto telephone records; instead, the data should remain with telephone companies, and government authorities would only obtain the information through court-approved orders.

Obama added that Congress would need to pass legislation to allow the government to collect such information “with the speed and in the manner that will be required to make this approach workable.”

On Friday, the Department of Justice and the Office of the Director of National Intelligence (ODNI) announced that since Congress had not yet passed such legislation, the government recently sought to reauthorize the program until June 1, 2015, when Section 215 and other provisions in the Patriot Act will expire.

Director of National Intelligence James R. Clapper declassified the fact that the government filed an application with the Foreign Intelligence Surveillance Court (FISC) to extend the program, which the FISC approved.

The federal administration is reviewing the court order for declassification, and upon approval, will post the document on the ODNI website, according to the announcement.

Another program set to expire this year is Section 206, also known as “roving wiretaps,” which allow the federal government to go beyond an initial wiretap order to listen in on any phone line that a terrorism suspect uses.

Under the president’s announced restrictions in January, government queries for phone data now require approval from the FISC. In addition, the breadth of the collected data has been scaled down: gathering data from people two contacts—or “hops”—away from a target who is affiliated with a terrorist organization, instead of the previous practice of three “hops.”

A bill, called the USA Freedom Act, proposes to curtail the extent of Section 215’s data collection, in addition to opening up the FISC to public disclosures of its approved court orders. Introduced by Rep. James Sensenbrenner (R-Wis.), the bill passed the House last May. A companion bill in the Senate is being considered by the Judiciary Committee and Select Committee on Intelligence.