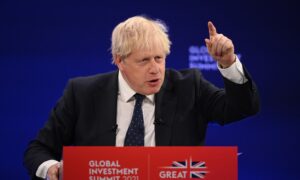 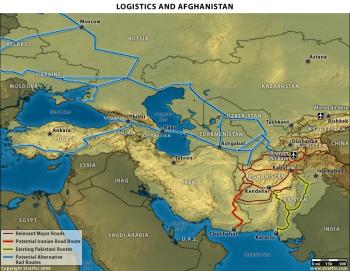 The Kyrgyzstan government says it plans to shut down a key U.S. airbase. Manas Air Base is a lifeline for supporting military operations in  nearby Afghanistan. Kyrgyzstan President Kurmanbek Bakiev was quoted in the media as saying his country would end the use of the airbase.

Because of its key operating position, the closure of Manas could have a devastating impact on the planned upswing in military personnel in Afghanistan this year. The U.S. government has said that it plans to send approximately 30,000 more American military troops there by the end of 2009.

Speculation is that a major reason behind the potential closure could be outbidding by Moscow. A former Soviet Socialist Republic bloc state, Kyrgyzstan has reportedly been the object of Russia’s attention recently in the form of promises of cash. According to the Associated Press, the Kyrgyz president’s statement came right after a Russian announcement that it would give the impoverished country billions of dollars of aid.

Total flow of U.S. finances into various programs in Kyrgyzstan is about $150 million a year, $63 million of which is paid as rent for Manas, Petraeus said last month during a press briefing at the U.S. Embassy there. Patraeus has recently hinted that payment for Manas could double to almost $150 million.
Stratfor, an Austin, Texas-based intelligence company, said that Bakiyev has stated the base will be shut down because “Washington refused to negotiate better compensation” with the Kyrgyz government.

Russia’s reported financial plan for the Kyrgyz government includes a 40-year, $300 million loan to at a 0.75 percent annual interest rate, a $150 million grant, and write-offs of $180 million worth of Kyrgyzstan’s debt to Russia. Moscow’s offer also includes a number of business and investment opportunities.

The current plan for the Afghanistan troop surge was already complicated by an unstable supply route that runs through Pakistan. The U.S. government has been lobbying other Central Asian states, with Moscow nipping at their heels with offers of their own.

The loss of Manas Air Base would be a significant blow to U.S. and Coalition operations in Afghanistan. The base houses the 376th Air Expeditionary Wing and is the major air mobility hub for the International Security Assistance Force and Coalition military operations in Afghanistan. Missions operating out of the base around the clock include aerial refueling, combat airlift and airdrop, aeromedical evacuation and strategic airlift operations. The base is also a support point for Coalition personnel and cargo on its way in and out of Afghanistan.

Approximately 1,000 U.S., Spanish, and French military personnel are assigned to the 376th Air Expeditionary Wing, as well as 650 U.S. and host-nation contract personnel.

The official U.S. response to the reports has been subdued so far. In a Feb. 3 daily media briefing, Pentagon Press Secretary Geoff Morrell was coy with reporters on the topic, saying his only information was coming from press reports. Morrell added that the agreement with the Kyrgyzstan government is to maintain a base there, and that the location is a significant one.

“It is a hugely important air base for us,” said Morrell. “It provides us with a launching-off point to provide supplies to our forces in Afghanistan.”

Morrell added that the U.S. is “actively involved” in discussions with the Kyrgyzstan government about continuing to use Manas.

“This is an agreement between two governments, and the terms of that agreement are always subject to negotiation,” said Morrell, who added that more money is part of the discussion.