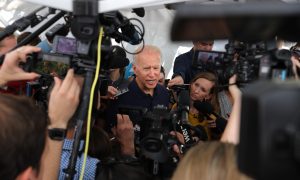 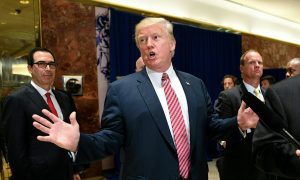 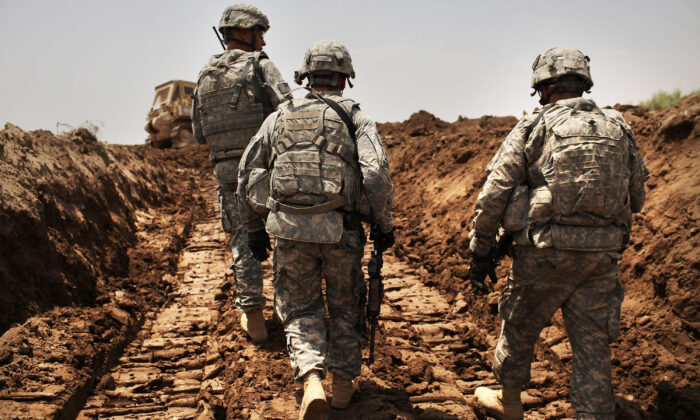 U.S. soldiers with the 3rd Armored Cavalry Regiment patrol a new ditch they have dug to protect the base from attack on July 19, 2011 in Iskandariya, Babil Province Iraq. (Spencer Platt/Getty Images)
US News

A U.S. Army Soldier has been charged after confessing to divulging sensitive details about his unit with a neo-Nazi group in a plot to attack his own military unit abroad and cause “the deaths of as many of his fellow service members as possible,” federal prosecutors said on June 22.

Army Private Ethan Melzer, 22, of Louisville, Kentucky, was charged in an indictment unsealed on Monday with collaborating and conspiring with members of the Order of Nine Angles (O9A)—a group which the Justice Department described as “an occult-based neo-Nazi and white supremacist group.”

Acting USA Strauss: As alleged, Ethan Melzer, a private in the U.S. Army, was the enemy within. He allegedly attempted to orchestrate a murderous ambush on his own unit, unlawfully revealing its location, strength & armaments to a neo-Nazi, anarchist, white supremacist group.

Describing Melzer as “the enemy within,” Audrey Strauss, the acting United States attorney in Manhattan, said that the 22-year-old—motivated by racism and hatred—allegedly attempted to carry out the “ultimate act of betrayal.”

“Melzer allegedly attempted to orchestrate a murderous ambush on his own unit by unlawfully revealing its location, strength, and armaments to a neo-Nazi, anarchist, white supremacist group,” Strauss said. “Melzer allegedly provided this potentially deadly information intending that it be conveyed to jihadist terrorists.”

His plot was thwarted by the FBI and the U.S. Army late May, and he was arrested by the FBI on June 10, according to the indictment unsealed in Manhattan federal court.

Before he planned the attack, he had been researching multiple extremist groups, including O9A and the so-called Islamic State of Iraq (ISI), court papers state.

After Melzer learned about the overseas assignment of his unit, he allegedly sent messages to members and associates of O9A and a related group known as the “RapeWaffen Division” using an encrypted app.

These messages included sensitive details related to Melzer’s unit’s anticipated deployment such as locations, movements, and security, for purposes of planning what they referred to as a “jihadi attack” with the objective of causing a “mass casualty” event victimizing his fellow service members, according to court documents.

Melzer allegedly acknowledged that he could die during the attack, but that he would be willing to do so.

“It would be another war…I would’ve died successfully…cause [] another 10 year war in the Middle East would definitely leave a mark,” the 22-year-old wrote.

In a voluntary interview with military investigators and the FBI on May 30, Melzer admitted to plotting the attack with members of the O9A, and said he hoped it would result in the deaths of as many of his fellow service members as possible. He also declared himself to be a traitor against the United States and described his conduct as tantamount to treason, the complaint said.

“We agree,” FBI Assistant Director William F. Sweeney Jr. said in a statement. “He turned his back on his county and his unit while aligning himself with members of the neo-Nazi group O9A.”

If convicted, Melzer could face life in prison.