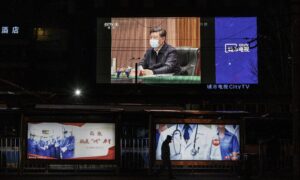 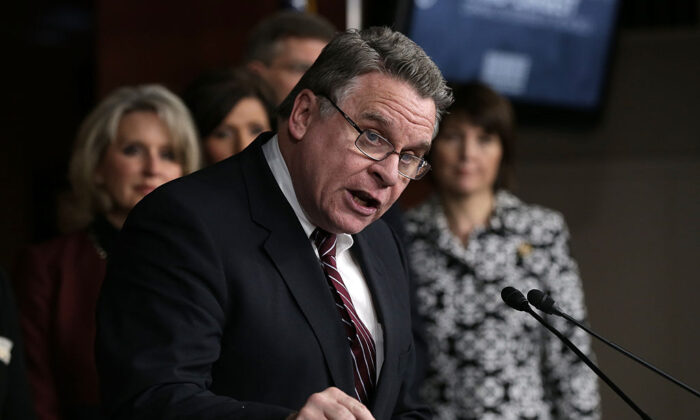 Several politicians in the United States and the United Kingdom have recently penned articles published in media outlets, calling for new action against the Chinese regime for failing to contain the CCP virus, commonly known as novel coronavirus.

Most recently, on April 5, U.S. Rep. Chris Smith (R-N.J.) penned an opinion article on Fox News, declaring that “The blame for misrepresenting the nature of the coronavirus to the World Health Organization (WHO) lies at the highest levels of the Chinese government.”

Smith pointed out that Chinese authorities ordered a genomics company to destroy samples of the virus, punished doctors, and detained citizen journalists.

China’s initial coverup was exemplified by the authorities’ decision to silence eight doctors, among them ophthalmologist Li Wenliang, after the doctors posted on Chinese social media about a new form of pneumonia that was spreading in the central Chinese city of Wuhan.

Smith said that when the coronavirus crisis concludes, it would be the time to look into “who bears the ultimate responsibility for the pandemic”—the Chinese regime.

He suggested that the Global Magnitsky Act—which allows for sanctions on foreign violators of human rights—could be used to “hold accountable Chinese public security officials who targeted whistleblowers and members of the press in China.” Smith named one Chinese official: Wuhan Mayor Zhou Xianwang.

Also on April 5, British MP Tom Tugendhat penned an article in the Daily Mail, also pointing to Li’s case, saying he was “a long line of martyrs to Chinese Communist Party power.”

“It [the Chinese regime] relies on a toxic brew of lies and fear to maintain power and control over its people, and this is why it has hidden the truth from the moment the virus first hit,” Tugendhat said.

Tugendhat also warned about the Chinese regime’s ambitions in other realms, such as pushing for global adoption of Chinese telecom firms Huawei and ZTE, which he called “state-controlled institutions designed to code Beijing’s surveillance techniques into world communication systems.”

Citing security risks, the U.S. government has banned Huawei from taking part in the country’s rollout of the next-generation 5G mobile networks. The UK decided in January to allow “high risk vendors” such as Huawei a limited role in its 5G networks.

Tugendhat called for a new relationship between the UK and China.

“Now, more than ever, Britain needs to consider its relationship with China, our hunger for its goods and investment,” he said. “Do we want to import China’s authoritarian value system as well as its products?”

Damian Green, British MP and former first secretary of state, took to the British political website Conservative Home on March 31, criticizing China for its delay in informing international bodies about the CCP virus.

Green also questioned the current UK government policy of allowing Huawei into 5G. He said the debate over Huawei “should cause us to examine our whole relationship with the Chinese government.”

He said relations between the two countries “may have to become similar to our attitude to Russia in the more peaceful stages of the Cold War. Cooperate where we can, but guard when we must.”

British MP Iain Duncan Smith, writing for the Daily Mail on March 29, also criticized China for silencing Li, as well as Xie Linka, a cancer specialist at Wuhan Union Hospital who warned her colleagues about the spreading disease but was later reprimanded by police.

“For too long, nations have lamely kowtowed to China in the desperate hope of winning trade deals,” Smith wrote. He noted that the Chinese regime tends to “flout the normal rules of behavior in every area of life.”

He also called for the UK to reassess its relationship with China.

“Once we get clear of this terrible pandemic, it is imperative that we all rethink that relationship and put it on a much more balanced and honest basis,” he said.