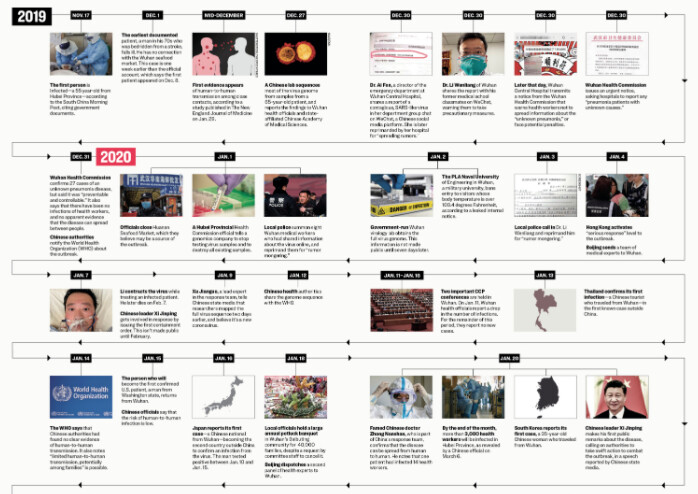 This timeline chronicles the early stages of the viral outbreak in China and the Chinese regime’s coverup. Despite the evidence, Chinese authorities played down the severity of the outbreak for weeks, while suppressing vital information about COVID-19, the disease caused by the virus.

By the time authorities implemented the first containment measures on Jan. 23, it was too late. The disease had already spread around the country and overseas.

Less than two months later, the outbreak was declared a global pandemic. It has now spread to more than 200 countries and territories.

A previous version of this article incorrectly stated the date when China shared the genome sequence with the WHO. It was Jan. 12. The Epoch Times regrets the error.