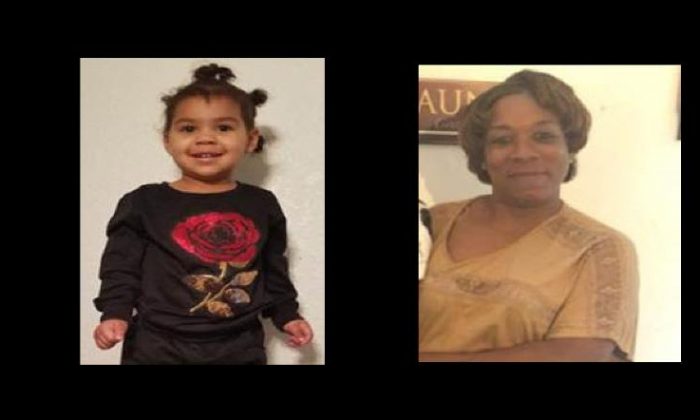 Update at 1:38 p.m.: According to officials, the alert was canceled for a 2-year-old Texas girl when she was found outside a crack house in Mesquite.

The girl, Amia Blanton, was seen last with her grandmother, 47-year-old Levita Gant, whom officials described as an addict.

Officials said that she was trying to procure drugs while she was taking care of the girl, Fox4 reported.

The girl was reunited with her parents.

An AMBER Alert was issued for Amia Blanton, 2, at around 4 a.m. Friday, reported KWTX. She was seen wearing a pink and green Nike jacket, green sweatpants, and brown boots.

Officials said that she was with Levita Gant, 47, and they added Gant was driving a white 2016 Nissan Versa with Texas plates GWK2818.