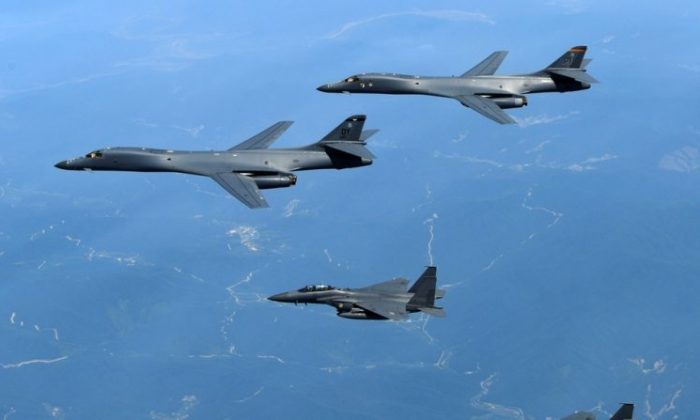 Update: All B-1 Bombers Grounded by US Air Force to Resume Operations

The U.S. Air Force is getting ready to resume B-1 bomber flights “this week,” weeks after the fleet was grounded over the plane’s faulty ejection system.

A B-1B Lancer made an emergency landing at a civilian airport in Midland, Texas, and four crew members on board were not injured. “During the safety investigation process following an emergency landing of a B-1B in Midland, an issue with ejection seat components was discovered that necessitated the stand-down,” Air Force Global Strike officials said.

Air Force Secretary Heather Wilson on Monday confirmed that the B-1 made an emergency landing in Texas because the ejection seat didn’t blow.

“And the indicator light goes off that they have a fire,” she told Military.com. “They go through their checklist of everything they’re supposed to do. The next thing on the checklist is to eject … they start the ejection sequence.”

“The cover comes off, and nothing else happens,” she said. “The seat doesn’t fire. Within two seconds of knowing that that had happened, the aircraft commander said, ‘Cease ejection, we’ll try to land.'”

“The courage it took and the values represented by that aircraft commander who decided we’re going to try for all of us to make it rather than sacrifice the one guy who can’t get out. Those are the men and women who choose to wear the uniform of the U.S. Air Force,” Wilson added. The incident took place on May 1.

The supersonic B-1 carries the largest number of conventional weapons of any U.S. military aircraft, but it does not carry nuclear weapons.

In April, B-1 bombers were sent to destroy an alleged chemical weapons production facility in Syria. Last year, they were also used in a “show of force” display near the Korean Peninsula.