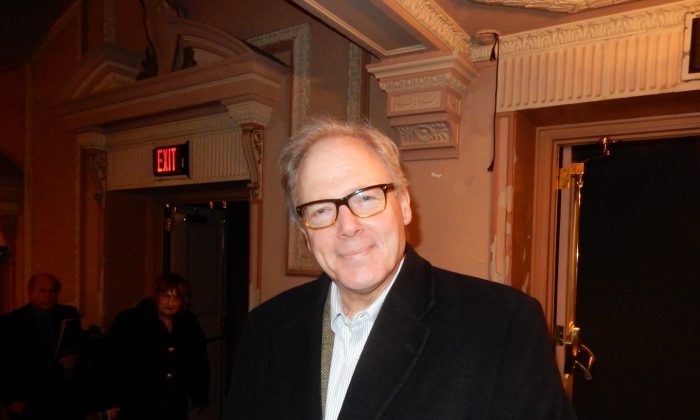 PHILADELPHIA—With an orchestra that melds both Chinese and Western instruments, Shen Yun Performing Arts treats audiences to a different kind of sound—one that which draws upon the best of both cultures.

David Christianson, professor of chemistry and chair of the department of chemistry at the University of Pennslyvania, was impressed to see this innovation, with Chinese music being adapted and performed by the unique orchestral ensemble.

The professor, who is familiar with Chinese music, said that the striking sounds combined with the dancing on stage created something special.

“It was a feast for the eyes and ears,” Christianson said after watching a sold-out performance at Philadelphia’s Merriam Theater on Jan. 16.

Shen Yun’s orchestration is one of the elements that goes into a performance that aims to transport audience members through 5,000 years of Chinese civilization. Chinese instruments, such as the two-stringed erhu or the pipa, a four-stringed plucked instrument, play melodies on top of a Western orchestra, adding another layer to the traditional orchestral sound.

Traditional Chinese music emphasizes the expression of inner feelings through individual instruments. Western classical music, on the other hand, focuses on the overall sound of a musical ensemble, and has thus stressed harmony and arrangement. Taking the best of both worlds, Shen Yun’s orchestra plays pieces that evoke deep emotions coupled with the resounding presence of a symphony orchestra.

Christianson also praised the tenor and soprano vocalists, who he thought were outstanding.

“Their range, the timbre of their voices. It was just excellent,” he said.

The soloists sing in bel canto style, an almost extinct singing technique that has been revived by Shen Yun. According to Shen Yun’s website, this ancient singing style is said to produce the most beautiful and pure tone of voice. Songs sung by the vocalists, written specially for the performance, speak to deep spiritual themes within Chinese culture, such as yearning for the divine and to find life’s meaning.

Christianson said he found “a message of harmony, that we can all get along” from the lyrics, and also one of peace.

“I learned new things about the Chinese culture,” he said.

CEO of Neatsfoot Oil Refineries Alan Berg was also struck by the messages coming through from the performance.

“You got a message, [a] spiritual message,” Berg said after seeing the performance.

The CEO said that the show was not merely about dancing.

“It says what it does, it makes a statement, and if you can put it in your head and think about it, there’s a message there,” he said.

With spirituality underpinning thousands of years of Chinese culture, themes stemming from this belief system are naturally embedded throughout Chinese lore and texts. Such themes include good conquering evil, divine retribution, and the importance of moral improvement. Stories reflecting these ideas are brought to life by Shen Yun on stage through classical Chinese dance, with the help of a 3-D backdrop and orchestra.

With reporting by Sun Lijie and Wei Yong.