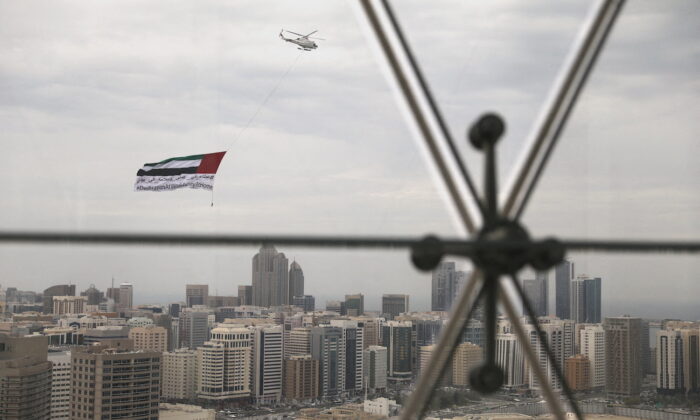 The United Arab Emirates will maintain its alliance with Russia in OPEC+ despite economic sanctions and pressure from Japan and Western nations, said UAE Energy and Infrastructure Minister Suhail al-Mazrouei.

Russia is the leader of OPEC+, a group of 10 oil-exporting nations that are not part of the official OPEC but that work with the formal organization to manage global oil markets.

“OPEC+, when they speak to us, they need to speak to us including Russia,” said al-Mazrouei in a March 28 interview with CNBC, referring to the oil cartel’s negotiations with energy importers.

“Always, Russia is going to be part of that group and we need to respect them,” he said.

“Who can replace Russia today? I cannot think of a country that can in a year, two, three, four or even 10 years replace 10 million barrels,” he said. “It’s not realistic.”

The energy minister was responding to concerns from the United States and its allies that Russian energy imports were propping up President Vladimir Putin’s military operations with oil and gas revenue.

In a speech during the Global Energy Forum, al-Mazrouei said that Russian oil is needed by energy markets and no producer can substitute its production.

“And leaving the politics aside, that volume is needed today,” said the UAE minister.

“Staying together, staying focused, and not allowing politics to kick in to this organization … we always believe that whatever we do as countries when it comes to production and to this work, it needs always to stay out of politics,” said al-Mazrouei.

He reminded his audience that the OPEC+ alliance will stick together and shot down any suggestions that the UAE will increase production unilaterally on its own.

The OPEC+ energy alliance, led by Saudi Arabia and Russia, accounts for about 40 percent of the world’s oil supply.

The group had made a joint decision in August 2021 to raise output by 400,000 barrels per day each month.

The fuel situation has worsened since the conflict in Ukraine began in February, with crude oil prices soaring past $100 a barrel.

The United States, the European Union, and Japan have called on OPEC to release more oil and bring down record-high prices amid ongoing supply shortages, but the energy alliance has resisted any sustained pressure from its top consumers to aid their hard-hit economies.

During an emergency summit in Brussels on March 24, representatives from G–7 (the leading group of seven industrial nations) released a statement outlining the group’s discussion surrounding the Ukraine crisis, including the resulting disturbance in the global oil and gas markets.

“We call on oil and gas producing countries to act in a responsible manner and to increase deliveries to international markets, noting that OPEC has a key role to play,” the statement said.

The oil cartel maintained that it will stick with its original plan for gradual oil production increases, a plan formed at the height of the COVID-19 pandemic in 2020 when energy producers agreed to make deep cuts in output after plummeting demand for fuel.

Al-Mazrouei also said that the UAE would press for greater investment in oil and gas, despite its pledge to move toward cutting carbon emissions within its borders and to eventually reach net-zero carbon emissions by 2050.

However, the oil-producing nations along the Persian Gulf still rely heavily on energy exports to fuel their economies, even after attempted efforts at diversification.

Saudi–American relations have been cold since President Joe Biden took office, as he is seen as pro-Iranian by many in the Arab world and especially after the United States pulled its anti-missile defenses out of the kingdom in 2021.

Crown Prince Mohammed bin Salman has refused Biden’s phone calls and there has been little direct contact between the two.

The U.S. State Department’s senior advisor for global energy security, Amos Hochstein, stressed that the Biden administration’s commitment to its allies in the Gulf states remains “rock solid,” explaining that this “doesn’t mean that we always agree.”

“We are committed. At no attack will we ever say ‘this is your problem and not ours,'” Hochstein said.

Meanwhile, the UAE has been strengthening its ties with Russia since the start of the invasion of Ukraine, with its country’s foreign minister traveling to Moscow earlier in March 2022.

The UAE energy minister called for the crisis in Ukraine to be resolved diplomatically, and in a snub apparently aimed at NATO, he said that the conflict should be handled “not by pouring more weapons into the situation because basically the people are going to be the victim.”

OPEC and non-OPEC representatives are set to meet March 31 via videoconference to determine the next phase of production policy.