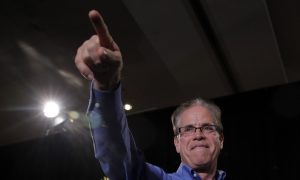 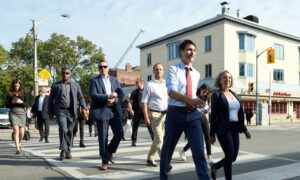 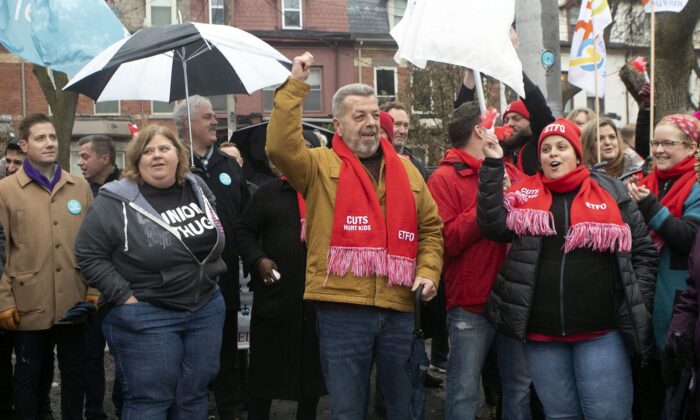 After years of overspending, new provincial governments in Ontario and Alberta are trying to rein it in.

Half of what every government spends is on government workers, and it’s impossible to have fiscal restraint without public sector unions feeling the impact. But it’s in the public interest for all citizens, unionized ones included, that these governments curtail runaway deficits. If they don’t, there won’t be much left for anyone—unionized or not.

Both Alberta and Ontario are in serious financial trouble. Ontario is the most indebted state or province in the world at nearly $355 billion, according to debtclock.ca. That’s $24,625 per person. Almost half of public spending is on government workers, which means wage restraint is a must. Premier Doug Ford has legislated a one percent annual raise for civil servants but won’t finish a fiscal year in the black until 2024.

As for Alberta, its credit rating recently—and deservedly—dropped. Its recent MacKinnon Report said the government had an “overspending problem” and offered 26 measures for fiscal restraint. Premier Jason Kenney seems ready to take the recommendations. Yet, even if he does, Alberta won’t have a balanced budget until 2022-23, and wouldn’t be debt free again until 2043.

After former premier Ralph Klein paid off Alberta’s debt, the province turned on the taps. Today, every department spends more than other provinces. Fifty-five percent of its spending is on government employees themselves.

The bill ultimately falls to private sector workers. But Alberta lost 18,000 jobs in November alone, almost all of them in the private sector. All the province is calling for is 7,400 fewer public sector jobs by 2023—with most reductions due to attrition (in layman’s terms, retirement).

For this, the unions are screaming.

“There is absolutely no good reason why nurses, teachers, and other public-sector workers should meekly and mildly accept Jason Kenney’s draconian cuts.”

Draconian? Hardly. Between 1992 and 1996, Klein slashed spending by 15 percent and literally blew up a Calgary hospital. By contrast, Kenney’s first budget cut spending by just 2.8 percent and even increased health spending by $150 million.

“This government has waged war on the people of this province,” said Bobby-Joe Borodey, vice-president of the Alberta Union of Provincial Employees, at a recent rally.

Life, death, or otherwise, Alberta’s unions still want higher wages—some are asking for 8 percent more. If they insist on this, it has to mean fewer jobs. It’s simple math. The only way a set pool of money can pay greater numbers of people is if each individual is paid less.

“We’d like to minimize any labour changes,” Kenney said, “and one way of doing that would be for the unions to show us some flexibility by trimming some of the benefits that their folks receive that are not generally available in the private sector.”

That would make sense in Ontario too, where teachers are taking job action. Back in 2013-14, the World Economic Forum found that Canada’s teachers were the third-highest paid in the world, making $85,296 after 10 years’ experience. (By now, we can safely assume they’re past $90,000 annually).

Even so, the defined-benefit pension plan is where the real money is. Ontario teachers can retire with all of their gold-plated pension after 32 years of work, even if they are only 53 years old. In their golden years, they will make more doing nothing than most people who still work.

Ford should reform these pensions, but he won’t. Instead, he is asking for wage increases kept to one percent. (Teachers want two percent.) The government has compromised on initial demands for class sizes to increase from 22 to 28 (the new target is 25). A new mandate requiring students to do online courses has dropped the number of courses by graduation from four down to two.

By contrast, the teachers’ union hasn’t budged in 200 days of bargaining, at least if Education Minister Stephen Lecce is to be believed. Meanwhile, thousands of teachers are working to rule (doing the minimum) and have had two one-day strikes—with more to come.

“Student success should never be the casualty of union escalation,” Lecce told media. “Leadership of teachers unions have dug in their heels because they exist to advance the interest of their members. My job is to fight for your children.”

Those children face a stark future, thanks both to past governments and the workers they paid. A study conducted by the MacDonald-Laurier Institute in 2012 found that both provinces had a 42 percent chance of going bankrupt by 2031. And by 2041, the odds were 79 percent for Ontario and 84 percent for Alberta.

If governments give in to the union demands, it’s the workers themselves who will suffer. As city workers who retired in Detroit can tell you, nothing deflates a pension like a government going bankrupt. If Alberta and Ontario can avoid that fate, public workers should be glad. And so should everyone else.