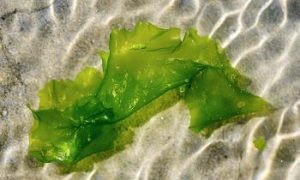 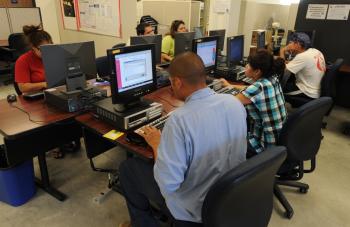 Unemployment: Jobless people search for jobs in an employment office in the southern Californian town of El Centro, a town of 50,000 people where 30.4 percent of the work-age population are without employment, on October 28, 2010. (Mark Ralston/AFP/Getty Images)
US

Jack Phillips
Breaking News Reporter
Jack Phillips is a breaking news reporter at The Epoch Times based in New York.
View profile
Follow
biggersmaller
Print
Unemployment has befallen around 12 percent of California residents and the state has to borrow tens of millions each day from the federal government to pay for unemployment insurance, the Los Angeles Times reported.

California already owes $8.6 billion in insurance payments and is projected to hit more than $10 billion at the end of the year.

The state is paying around $40 million a day for unemployment insurance, the report found. Interest on the debt is starting to compound and California will have to pay $362 million to the government by the end of September 2011.

The Golden State is at the top of the list of states that borrowed to pay for unemployment insurance, taking its first loan out in early 2009.

California passed Proposition 25 last week, which allows the state legislature to pass a budget with a majority rule. The deficit is going to hit $13.4 billion by next year, the Times report noted.

“The taxpayers gave and they also took away," said Governor-Elect Jerry Brown to the San Francisco Chronicle. "On one hand, the people said by a majority, 'Give us a budget.' On the other hand, they said, 'Don't pick my pocket.'”