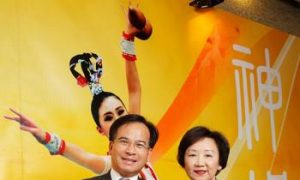 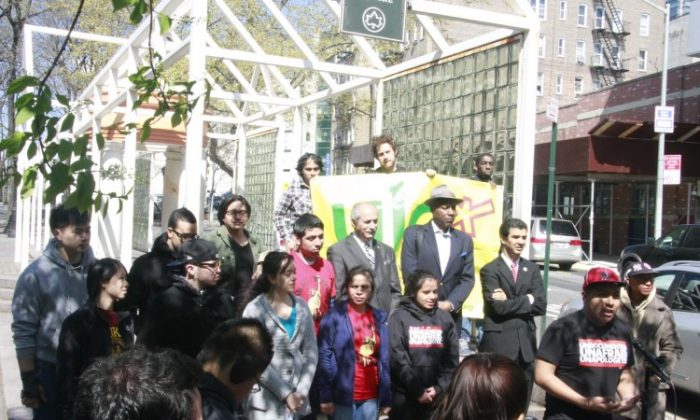 Luis Saavedra, a sophomore at Lehman College and an undocumented immigrant whose family is originally from Meixco, is 1 of 15 immigrants and supporters that began to walk 150 miles from New York City to Albany to raise awareness of the New York Dream Act. (Aric Chen/The Epoch Times)
US

NEW YORK—Getting the New York Dream Act passed has been a long journey for undocumented immigrants and rights activists.

To express deep disappointment with Gov. Cuomo’s lack of support and failure to include funding for the act in this year’s state budget, a group of 15 undocumented youth and supporters set off on a 150-mile walk from Gregorio Luperon High School on 165th Street to Albany.

The walkers are from the New York State Youth Leadership Council. Many hail from Mexico, while others come from Vietnam, Bangladesh, and China.

Yohan Garcia, a junior at Hunter College, is one of the undocumented immigrants who originally came from Mexico. He recently won a $10,000 scholarship from the New York Immigration Coalition.

“I am walking because I believe that education is a human right we should all have regardless of our immigration status,” Garcia says in a statement. “The New York Dream Act bill will benefit many undocumented youth like me, who dream about becoming professionals.”

At the scholarship acceptance ceremony in March, Garcia said he hopes to be a human rights lawyer, a congressman, and a U.S. senator.