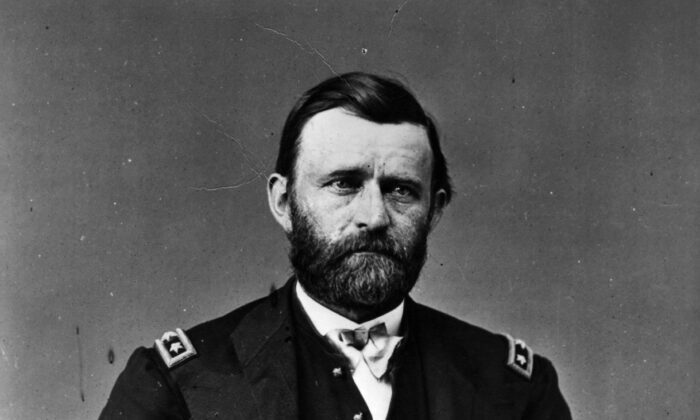 More than 150 years after he led the Union Army to victory in the Civil War, Ulysses S. Grant may receive another military promotion.

Recently, lawmakers introduced bipartisan legislation in the U.S. Congress that would promote Grant posthumously to the Army’s highest rank, General of the Armies. This honor has only been conferred twice: to John “Black Jack” Pershing following his leadership during World War I and to George Washington posthumously for the nation’s bicentennial in 1976.

As Grant’s 200th birthday approaches (April 27, 2022), it’s understandable that supporters are looking for a new and proper way to honor one of our nation’s greatest and most consequential military leaders. After all, Grant played a vital role in preserving the United States by keeping the Union together. In short, he helped save the country.

Abraham Lincoln saw in Grant a man who was humble, patient, and unshakeable. And once Grant took command of the Union Army and began winning battles, he proved to be almost a military savant with grit and determination. The concision and clarity of his orders were remarkable, as was his leadership.

Perhaps most remarkable, however, was Grant’s humility. He dressed like a private, not a general, and was as unpretentious as they come. The first time he came to the White House, for example, Grant wandered into a reception hosted by Lincoln and went completely unnoticed, despite his position, until the president finally spotted him.

In another instance, Grant went to a hotel to receive his fourth star for commanding Union forces. Grant was so unassuming that the hotel clerk didn’t recognize the general and offered him a small closet-like room on the top floor, saying there were no other rooms available. Grant said that’s fine—until he signed his name and the hotel clerk realized who he was. Grant was then escorted to a suite.

While Grant is known as the military man who, under Lincoln, crushed Confederate forces to win the Civil War and preserve the Union, his time after the war as our nation’s 18th president has largely been forgotten, if not maligned. This is deeply regrettable and misguided, as Grant’s presidency was one of the most consequential and misunderstood in American history.

I delve into Grant’s presidency on a recent episode of my podcast, “Newt’s World,” with Fox News anchor Bret Baier, who just wrote a wonderful and important book on Grant’s life.

“To Rescue the Republic: Ulysses S. Grant, the Fragile Union, and the Crisis of 1876” is, to the best of my knowledge, the only book that really captures the Grant presidency in the context of the struggle America was undergoing with itself during Reconstruction.

Indeed, Grant continued Lincoln’s vision of working to keep the Union together, making it his core mission to win the peace and maintain unity without pushing so hard that it all collapses. He also sought to protect the rights of black Americans in the South, even sending federal troops to fight the KKK, and signed into law the Civil Rights Act of 1875.

Grant was a president who had a truly monumental task after the Civil War and the disastrous presidency of Andrew Johnson, who effectively encouraged Confederate holdouts to lash out. He had to make difficult choices, some of which have been criticized, but ultimately did everything to support two noble causes: national unity and civil rights.

Today, in a time of deep division in our country, we would do well to read about Grant the president, not just the Grant the general. And we would be quite foolish to cancel Grant and topple his statues, especially when he did so much good.