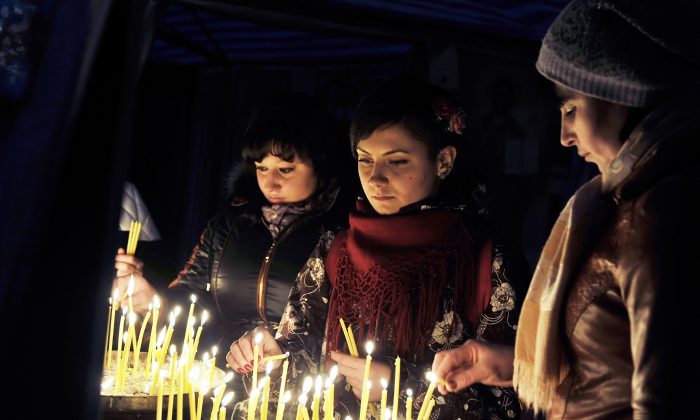 Struggling Ukraine must repair frayed ties with Russia, seek help from all corners

No one, least of all Ukrainian President Viktor Yanukovych, could have imagined, when he announced in November that he wouldn’t sign a much-anticipated Association Agreement with the European Union, that his decision would give rise to three months of protests that, after a tumultuous and tragic week in which more than 80 were killed, would culminate in his removal from office.

Indeed, as of Feb. 17, it seemed possible the crisis might be settled through negotiations. In late January, after passage of laws that criminalized many peaceful activities of the protesters, clashes with the police that resulted in the death of six protesters, and the occupation of regional administrative offices throughout western Ukraine, Yanukovych had agreed, after several meetings with the leaders of the opposition parties—Vitali Klitschko of UDAR (Ukrainian Democratic Alliance for Reform), Oleh Tyahnibok of Svoboda (Freedom) and Arseniy Yatsenyuk of Batkivshchyna (Fatherland)—to form a new government that included members of the opposition, repeal most of the new laws, and grant the protesters amnesty provided they ended their occupation of government buildings and blockades of streets and squares.

Since late January there had been no street violence, the protesters had ended their occupation of the Ministry of Justice and most of the regional administrative centers, and discussions had continued about the composition of a new government and a possible constitutional reform to reduce the power of the president and increase that of the Parliament. Those detained under the January laws were freed and, after the occupation of Kyiv city hall and regional administrative offices in other cities ended and a major street in Kyiv opened, given amnesty.

But that was before the bloodshed of Feb. 18–20. Afterward, the protesters and opposition would settle for nothing less than Yanukovych’s departure from office.

With the country on the brink of civil war and the government preparing to use the military to clear Independence Square—on Feb. 19, Yanukovych had replaced Col. Gen. Volodymyr Zamana, the head of the armed forces, who opposed a state of emergency and bringing the military into the conflict—the foreign ministers of France, Germany, and Poland traveled to Kyiv in an 11th-hour effort to mediate a settlement. They were joined by Vladimir Lukin, the envoy of Russian President Vladimir Putin.

After hours of negotiation, Yanukovych and the opposition leaders agreed to adopt within 48 hours a special law restoring the constitution of 2004; create a coalition and form a national unity government within 10 days; enact a constitutional reform to rebalance the powers of the president, government, and Parliament by September; and hold presidential elections as soon as the constitutional reform was completed by no later than December. The opposition agreed to withdraw from administrative and public buildings and unblock streets, parks, and squares; the authorities agreed not to impose a state of emergency; and both sides agreed to refrain from the use of violence and that Parliament would approve amnesty for all those involved in the violence.

The agreement, signed Feb. 21, was comprehensive but flawed; it left Yanukovych in office for many months, which was unacceptable to those in Independence Square and many others after the violence of the previous three days.

With the 180 members of the three opposition parties joined by many defectors from Yanukovych’s Party of Regions and others, Parliament approved the restoration of the 2004 constitution and then went on to approve a flurry of measures that rapidly brought an end to the Yanukovych regime. It demobilized the police and ordered their withdrawal from the government district, granted amnesty to those involved in violence, ordered the release of Yulia Tymoshenko and fired most of the government ministers.

Most importantly, on Feb. 22, after noting that Yanukovych had fled to eastern Ukraine during the night, Parliament voted to remove him from office for neglecting his constitutional duties and scheduled an early presidential election for May 25. It elected Oleksandr Turchynov, the deputy leader of the Fatherland party and a close ally of Tymoshenko, as speaker and the next day, with the positions of president and prime minister vacant, elected him acting president.

The new government, headed by Yatsenyuk, faces a multitude of serious challenges. One of the most difficult will be for it to establish itself as the legitimate authority in all of Ukraine, including eastern and southern Ukraine and, especially, the autonomous region of Crimea. Just as Yanukovych’s decision not to sign the EU Association Agreement alienated many in central and western Ukraine, Parliament’s decisions since Feb. 21—not only its removal of Yanukovych but, perhaps even more importantly, its repeal of a law allowing the use of minority languages in local government—have alienated many in eastern and southern Ukraine, which shares strong historic, ethnic, linguistic, economic, and military ties with Russia. Crimea, in particular, part of the USSR’s Russian republic until 1954 and the population of which is predominantly Russian, and where Russia’s Black Sea Fleet is based, is a likely flashpoint.

No less important, and related to the first, is the challenge of repairing the badly damaged relationship with Russia. In a televised interview in Kharkiv on Feb. 22, Yanukovych denounced the actions of Parliament as “vandalism, banditry, a coup d’état.” Others in Russia have used similar language; Prime Minister Dmitry Medvedev described what happened as “armed mutiny” and Foreign Minister Sergei Lavrov described it as an attempt by “extremists” to seize power through a “coup d’état.”

Russia’s anger derives not just from the removal of an ally and its belief that the EU foreign ministers unwittingly facilitated an illegal takeover of government. Russian leaders believed that, with the many government-to-government agreements that accompanied the December bailout, Ukraine would become even more closely tied to Russia than it is now—Russia is Ukraine’s leading export market—and, in the fullness of time, join its Customs Union and, eventually, the Eurasian Economic Union. Now, with Ukraine returning, as Turchynov said in his initial address to the country Sunday, to “the family of European countries,” Russia must see its dream of a Customs Union and Eurasian Economic Union that includes Ukraine slipping away. It is a bitter defeat.

The third challenge is economic. The situation is, as Turchynov told Parliament Sunday, “catastrophic.” Facing a large current account deficit, reserves that cover only two months of imports and are diminishing rapidly as capital flees and the central bank tries to support a plummeting currency and $12 billion in debt repayments, half of which is denominated in dollars or euros, this year, the economy is on life support. Indeed, if Russia terminates the remaining $12 billion of its $15 billion December bailout—a first tranche of $3 billion was provided in late December but the rest has been suspended—Ukraine will, in the absence of substantial assistance from other sources, default.

Last year most experts estimated Ukraine needed $18 billion–$20 billion; now the acting finance minister estimates it needs $35 billion. In a letter delivered the day before Yanukovych announced he would not sign the EU agreement, the International Monetary Fund offered, with tough conditions, only to refinance the country’s existing debt to the IMF from previous loans—roughly $5 billion. The EU offered only $610 million in “macro-financial assistance.” The challenge now is to persuade Russia to continue its bailout for the time being and persuade the EU, the IMF, the United States, and perhaps others to do now what they did not do last year—provide substantial financial assistance—and do it in a timely manner, which means soon, before rather than after the May 25 elections.

David R. Cameron is a professor of political science and director of the Yale program in European Union studies. © 2014 The Whitney and Betty MacMillan Center for International and Area Studies at Yale.