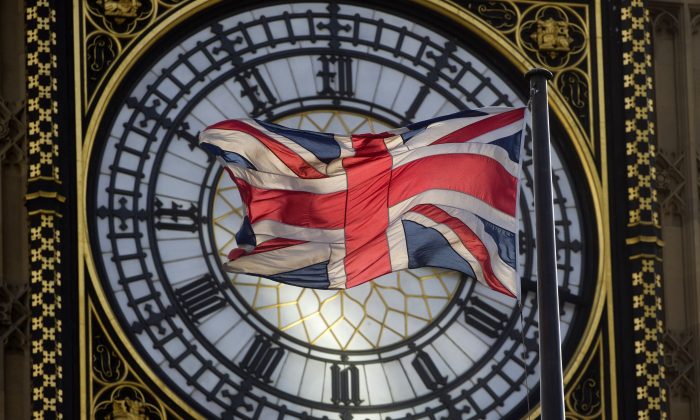 The Union flag is seen flapping in the wind in front of one of the faces of the Great Clock atop the landmark Elizabeth Tower that houses Big Ben at the Houses of Parliament. (Justin Tallis/AFP/Getty Images)
UK

UK Time 2014: What Time to Turn Clocks Back in the United Kingdom

The United Kingdom is set to turn back clocks very early Sunday morning.

What time exactly should people turn back the clocks?

The official change comes at 2 a.m., when clocks will change to 1 a.m. and from BST to GMT.

But people can set their clocks ahead of time–particularly their alarm clocks, if they want to make sure to be on time for an appointment or other activity.

The easy way to remember which way to set the clocks is “spring forward, fall back.”

Daylight Savings Time began on March 30, but that extra hour is now being taken away as winter approaches.

This change could be the last time for the UK, according to the Independent.

“MPs and academics are backing a switch to Central European Time, which is currently one hour ahead, to ensure lighter evenings throughout the year,” it reported.

“Scotland could run an hour behind the rest of the UK if they oppose the proposal to tick in time with Europe and petitions have been launched to stop changing the clocks completely.”

Moving the clocks back and forward started during World War II to help boost production in factories and help workers get home before the nightly blackout.