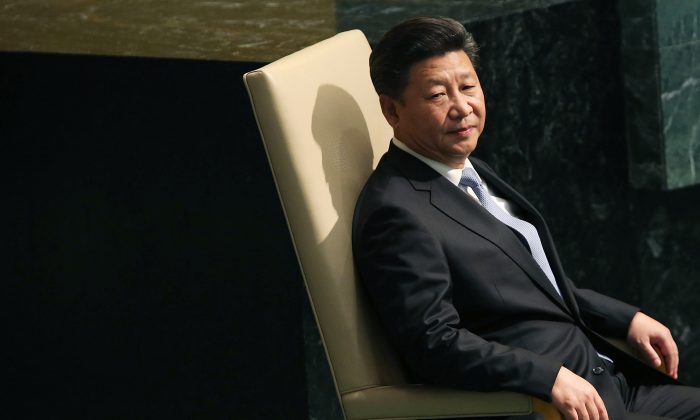 Before Xi Jinping's trip to the United Kingdom, another mawkish production
By Matthew Robertson

When Xi Jinping visited the United States, they made another one—with a young Austrian describing Xi as “so cute.”

Now that Xi is visiting the United Kingdom, they’re back.

This video, titled “Britain Meets China,” shows ties between the United Kingdom and China in education, automotive, and football (that is, soccer.) In the shots of schools in China, the young children all wear bright red kerchiefs, the uniform of the Communist Young Pioneers, the Party’s organization for indoctrinating children. The message is that English children love learning Mandarin, Chinese investors saved a British icon (The London Taxi Company), and soccer promotes international harmony.

Fuxing Road Studio has certainly moved on from its first viral attempt, the awkwardly titled “The Chinese Communist Party is With You Along the Way.”

Videos now are clean, published in high-definition online, and the production values are high.

But the production company could still do with a lesson in transparency.

One of the PR firms contracted to do viral promotion for the video, viralseeding.com, doesn’t even know who actually hired it to do the job. Staff at the company, who spoke to Epoch Times anonymously, thought the entire process unusual and secretive.

“It’s a bit of a weird one,” said an employee, one of about half a dozen tasked with getting media to report the video. “All the information we have is in the email. All we know is that it’s made by the same studio as the others,” the individual said.

“We’re just promoting the video. … We’re kind of surprised by it as well,” the employee said adding that they were not hired by Fuxing Road Studio, but by an intermediary, likely a PR firm. That firm’s identity is not known.

The employee estimated that viralseeding.com could be paid anywhere from “a few thousand to tens of thousands” for a contract to promote the video, depending on the traffic targets.

When asked what seemed “weird” about the video, the employee referred to “the fact that we don’t really know who it’s made by. We do have the credit and we’ve done some research. They’re a bit elusive. There’s no website.”

According to Quartz news, which spoke to a staff member of Fuxing, the company is privately funded and isn’t backed by the regime.

They do carry water for the Communist Party, though. The name itself translated to “The Road to Rejuvenation Studio,” and appears to be derived from the official propaganda about the “great Chinese rejuvenation.”

Apart from propaganda videos to coincide with Xi Jinping’s global itinerary, Fuxing has done an explainer on the Chinese Communist Party’s leadership selection, portraying it as a considered, meritocratic process, rather than the ruthless politicking normally associated with it.

“If this is from China we’d not be totally surprised. It’s sort of like a tame propaganda video,” the individual at viralseeding.com said. “It’s strange that they do it every time the Chinese president visits.”