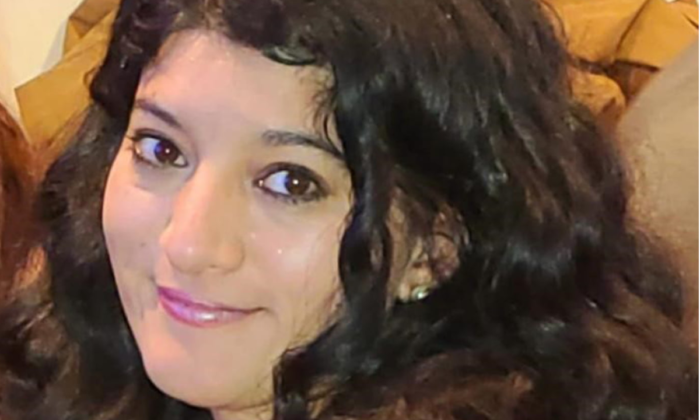 Zara Aleena, who detectives believe was “attacked by a stranger” while walking along Cranbrook Road in the direction of Gants Hill station in London in the early hours of June 26, 2022. (Metropolitan Police)
UK

The family of a woman who was murdered in east London as she walked home in the early hours of the Sunday morning have paid tribute to a “beloved human” and said she had “passionate spirit and indomitable energy.”

Zara Aleena, 35, suffered fatal head injuries after being attacked as she walked towards Gants Hill Tube station in Ilford.

Jordan McSweeney, 29, has been charged with murder, attempted rape, and robbery and will appear at Thames Magistrates Court in east London on Wednesday.

Aleena’s family issued a tribute to her, through the Metropolitan Police, in which they described her as a “beloved human, child, niece, cousin, granddaughter, friend to all” and added, “She was a joy to all of us.”

The murder comes nine months after Sabina Nessa, a 28-year-old primary school teacher, was bludgeoned to death as she walked through a park in southeast London after dark.

In March 2021, Sarah Everard, a 33-year-old marking executive, was abducted, raped, and killed by a serving police officer, Wayne Couzens, as she walked home from a friend’s house in south London.

‘A Woman Should be Able to Walk Home’

Aleena’s family said: “She was fierce. She didn’t just survive, she thrived … She walked everywhere. She put her party shoes in a bag and donned her trainers. She walked. Zara believed that a woman should be able to walk home. Now, her dreams of a family are shattered, her future brutally taken.”

They added: “Sadly, Zara is not the only one who has had her life taken at the hands of a stranger. We all know women should be safe on our streets. She was in the heart of her community, 10 minutes from home.”

Her family said Aleena was happy and, having completed a legal practice course, was able to work as a solicitor.

She had only recently started working for the Crown Prosecution Service and planned to complete her two-year work placement in order to become a fully qualified solicitor.

McSweeney, who is not expected to enter a formal plea on Wednesday, is likely to go on trial next year.