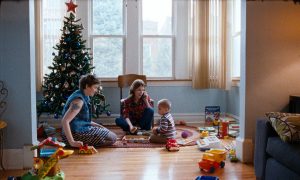 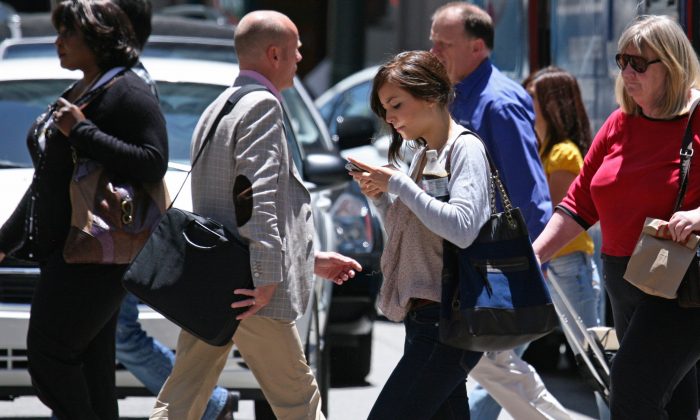 A woman text messages while walking across the street in San Francisco in June 29, 2010. (AP Photo/Ben Margot)
Education

Are you unsure how to do long division? Are you reluctant to sign off on an email without spell-check? Do you find navigating a government website confusing?

If you answered yes, you’re not alone.

A report from the Educational Testing Service, the testing and assessment organization behind the SAT Test and Advanced Placement tests among others, found that American millennials fall short compared to their peers in other countries in terms of skills employers are looking for. These include practical math, literacy, and problem solving in technology-rich environments (PS-TRE).

“Millennials may be on track to be our most educated generation ever,” the ETS stated in its report, “but they consistently score below many of their international peers in literacy, numeracy, and problem solving.”

The ETS defines a millennial as someone born after 1980 and who was in the 16−34 age range during the time of assessment.

American millennials are far behind their peers in other countries by just about every measure, and to make matters worse, they score lower than other age groups of Americans, such as Generation X and the baby boomers.

Here’s some of the report’s main findings:

The youngest portion of millennials, the 16- to 24-year-olds who could be in the U.S. labor force for the next 50 years, scored far worse to the larger group of millennials in numeracy, and about the same in literacy and problem solving.

The positioning of American millennials doesn’t change significantly with amount of education. For example, for numeracy, those with a four-year bachelor’s degree ranked ahead of only two countries: Poland and Spain. America’s best-educated millennials, those with a master’s or similar, only out-ranked their peers in Ireland, Poland, and Spain.

Robert Farrington, a Forbes contributor who writes about millennials on The College Investor, has advice for employers:

“For employers hiring millennials, they need to look for millennials that took the time and put the effort into gaining real world skills. Education alone isn’t the answer, and any employer who’s interviewed millennials know this,” he said via email.

“Too many millennials,” he adds, “think that education alone or technology alone will help them advance. But in reality, what employers need are soft skills—such as what was mentioned in the report: literacy, real world practical math, and problem solving skills.” He notes that these skills aren’t taught online or in the classroom.

The solution to America’s millennial problem, he said, isn’t more education or degrees or even technical training.

“The solution is getting millennials to work and having them solve problems. The sad fact is that high school/teen employment is at record lows, mostly due to the Great Recession. And many socio-economic factors are putting a focus on classroom education in high school and college, versus real world education,” Farrington said.

According to the report, since 2003, the numeracy scores of American millennials who are high school grads and have some college have declined. At the same time, “the percentages of U.S. millennials scoring below level 3 in numeracy (the minimum standard) increased at all levels of educational attainment,” the report adds.

Meanwhile, the top-educated millennials in the United States lagged far behind their counterparts in Belgium, Finland, Japan, South Korea, and Sweden.

The findings that millennials are doing so poorly actually shocked the researchers.

“We really thought [U.S.] millennials would do better than the general adult population, either compared to older coworkers in the U.S. or to the same age group in other countries,” Madeline Goodman, who is an ETS researcher who helped with the study, told Fortune Magazine. “But they didn’t. In fact, their scores were abysmal.”