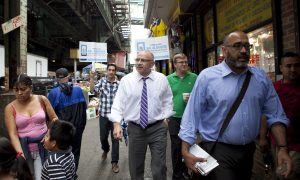 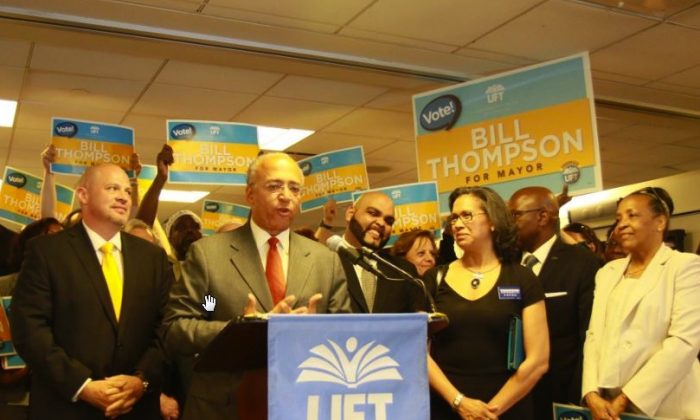 UFT Spends Over Half Million on Bill Thompson Campaign

The money was spent on several version of mass mailers, a palm card, a radio ad, and three versions of robocalls, according the New York City Campaign Finance Board filings.

“When I’m mayor, I’m going to fight day and night to help the teachers of New York, because you’re critical to the future of New York,” Thompson said after the endorsement announcement at the UFT headquarters on June 19.

Most of the promotional materials mention Thompson’s background as a child of a teacher and a judge, as well as his work for the city’s Board of Education. The first round of mailing went out on July 26.

The union is using Red Horse Strategies to manage its campaign. Red Horse strategies list of clients such as Governor Andrew Cuomo, State Comptroller Tom DiNapoli, and some of New York’s biggest unions, including 32BJ and 1199SEIU.

Thompson also received an endorsement from the Council of School Supervisors and Administrators on June 18.