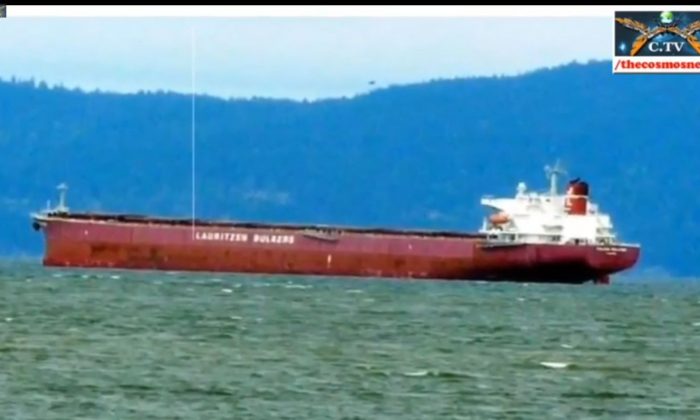 A screenshot of YouTube shows a purported UFO over mountains in Vancouver.
Beyond Science

A photographer said he snapped a picture of a UFO flying over the North Shore Mountains in Vancouver, British Columbia.

The Vancouver Sun reported that Anthony Ellis saw a spec of light on a photo after he uploaded the photo he took on his computer.

“I was quite surprised,” Ellis told the paper, added that the spec was likely a UFO.

Ellis stressed that he did not alter the photograph.

According to CTV, citing a survey, Canadians reported at least 2,000 sightings of UFOs in 2012, setting a new record in a year.

One man who captured an alleged UFO, which appears as a green light, above the city of Winnipeg.

“Like highways, you know … and maybe we’re in the middle of one highway,” Eduardo Pogorelsky told the broadcaster.

“A number of people had watched a glowing object move from side to side in the sky, and then dash away very, very quickly,” he told CTV.