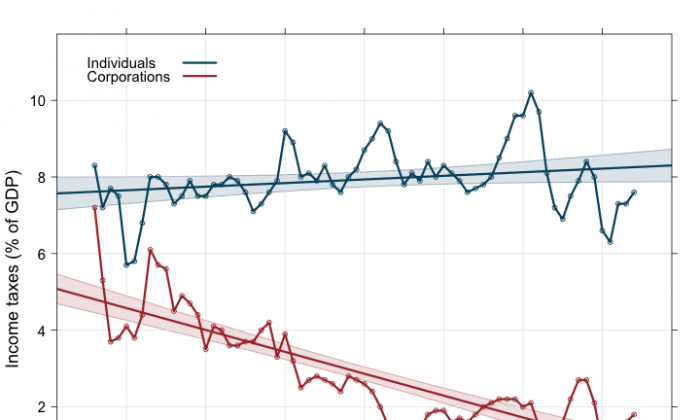 Tax policy has consistently been a significant topic of focus in the U.S. due to its large impact on allocation of fiscal resources. Individual income tax, in particular, has been discussed regularly and has been the primary source of revenue for the federal government since 1950.

Simon Garnier, a research scientist of the Swarm Lab studying collective behaviors, recently published a coding project article that illustrates the linear regression of average tax contributions by individuals and corporations from 1945 to 2013. The data set shows the individual and corporation income tax contribution as a fraction of GDP since the 1930’s, and was collected from data released by the Tax Policy Center.

The linear regression model shows a clear downward trend of corporate income tax, and if this pattern continues, corporations could be paying even less tax in the future.