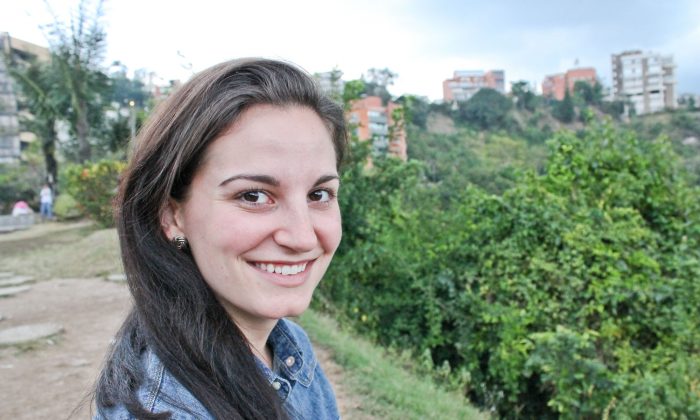 Anne Smedinghoff, 25, was on her way to deliver books to school children in Qalat, Afghanistan on Saturday when two suicide bombers approached her convoy. Smedinghoff, a Department of State civilian, three U.S. troops, and some Afghan civilians did not survive the encounter.

Secretary of State John Kerry highlighted the contrast between Smedinghoff and her killers in remarks with the Turkish Foreign Minister on Sunday: “On the one hand, you have Anne, a selfless, idealistic young woman who woke up yesterday morning and set out to bring textbooks to schoolchildren, to bring them knowledge, children she had never met, to help them to be able to build a future.”

On the other hand, Kerry said, according to the transcript on the Department of State website, you have the “Taliban terrorists who woke up that day not with a mission to educate or to help, but with a mission to destroy … determined to bring darkness and death to total strangers.”

Smedinghoff is the first U.S. diplomat killed since the attack on the American Embassy in Benghazi, Libya, last year. When Smedinghoff, who had served in Venezuela previously, signed up to go to Afghanistan, her family teased her, saying she should go somewhere less dangerous, like Paris or London.

Her father, Tom Smedinghoff, told the Associated Press (AP) on Sunday: “She said, ‘What would I do in London or Paris? It would be so boring.’”

“It was a great adventure for her … She loved it,” her father said. “She was tailor-made for this job.”

She grew up in River Forest, Ill., about 10 miles west of Chicago, the daughter of an attorney and second of four children. She is survived by two sisters and a brother. She majored in International studies at Johns Hopkins University.

Described as ambitious and capable, Smedinghoff often took leading roles—she was a key organizer of the university’s annual Foreign Affairs Symposium in 2008, she served on the board of directors for the Ulman Cancer Fund for Young Adults in 2009, and in the Foreign Service, Kerry said she was “vivacious, smart, capable, chosen often by the Ambassador there to be the lead person because of her capacity.”

While studying in Baltimore, she worked part time for attorney Sam Hopkins. He told AP she was ambitious “but in a wonderfully quiet, modest way.”

Kerry said in a meeting with staff and families of the consulate general in Istanbul, Turkey: “I think the extended Foreign Service family feels a lot of pain today. But we also feel pride.”

“We intend to show a stronger determination in order to brighten our shared future,” Kerry said, “even when others try to darken it with violence.”